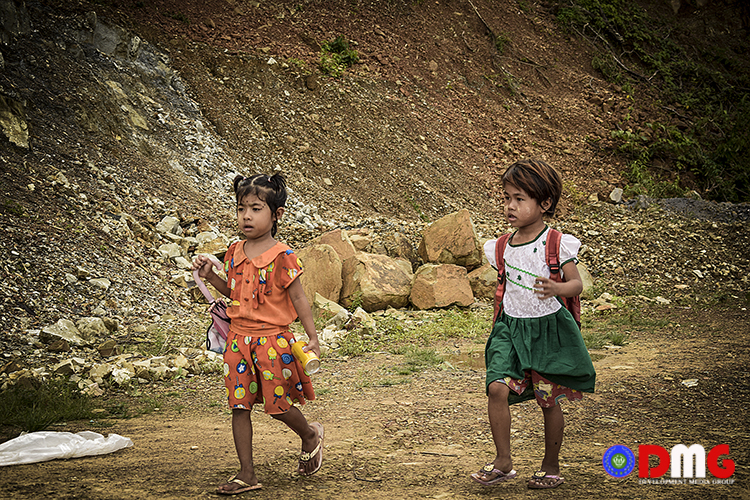 May 25 is the busiest day for schools throughout Myanmar because students must enroll for their new academic year. Parents accompany their children to the schools in their region to help them register for the new term.

Smiling students, wearing new and impressive school uniforms chat and gossip with their friends and a feeling of conviviality is in the air as students and parents congregate at their respective schools.

Meanwhile, children from refugee camps see their scholastic opportunities as hopeless; they sit in camps with gloomy and sad faces. Presently they don’t have too much hope to pursue their academic studies. Their only hope is to return home.

“We don’t have any accessories to go to school with. So even we cannot go to school, it’s not easy for us. We don’t know which school we can go to and we don’t have any money also,” Grade Seven student Ma Khin Nu Aye from Kan Sauk refugee camp said.

For children from refugee camps, the most important matter now is how to live in their shelters during rainy season; school is not priority number one.

“We are now struggling to get food on a daily basis, so we can’t afford to let them go to school. We don’t know what the government will do yet. My daughter is a grade five student. Right now, we can’t do anything to help her go to school,” U Hla Maung Shwe from Kan Sauk refugee camp said.

Currently, there are nearly 40,000 IDPs at 105 refugee camps in Arakan State. Students from 61 of these camps are now ready to go to school, according to Arakan State Education Department. 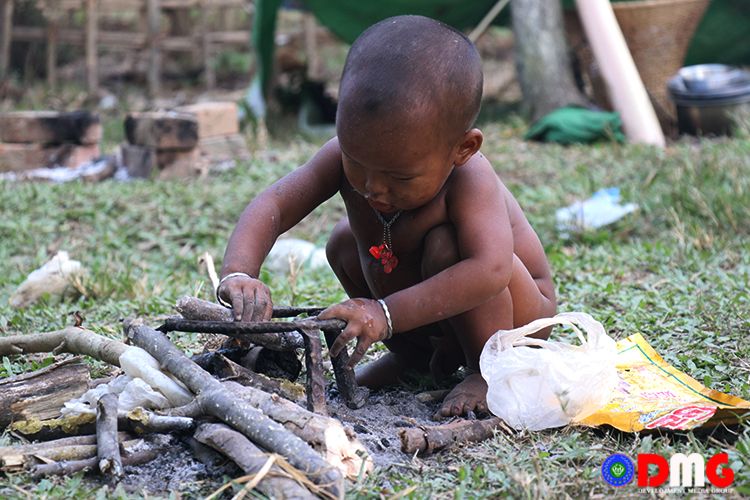 They are 8 camps in Ponnagyun Township, 11 in Rathedaung, 30 in Mrauk-U, 6 in Kyauktaw, 3 each in Minbya and Buthidaung townships respectively. The total number of students from these camps is 4,529.

“There are 105 refugee camps in Arakan State. We have planned for IDP students to attend school,” said U Sein Tun Hla, deputy director of the Education Department in Arakan State.

School facilities are ready for students from sixty-one camps, but the education department has not collected the lists of students from the remaining camps because transportation and communication to some camps is difficult, according to the office of the head of the Education Department in Arakan State.

“We can only connect to sixty-one camps out of 105 camps. We don’t have access to the remaining camps because of their location. There are no telephone connections, so we directed qualified educational officers to help students to go to schools,” U Sein Tun Hla said.

Although the education department has arranged for IDP students who registered to attend school, the department has some difficulties to arrange enough classrooms and school supplies for students.

“Currently, their classrooms are too small for them although we have arranged for them to pursue their education,” he said.

He added that the department was trying as best as it could to work with the government to help students who are IDPs and make their academic life as convenient as possible.

The number of refugees has surged dramatically at the moment due to the ongoing battles between the Tatmadaw and the AA in northern Arakan State. So, the education department faces a lot of difficulties when it comes to knowing the exact numbers of students in the camps.

“The camp open at Oh Phauk middle school has some high school students. However, the temporary shelters where students stay is far from where the high school is located. So, we need to build temporary classrooms for them. We also reported to the government about this situation,” the deputy director said.

The Education Department in Arakan State has not yet known which region can open schools in war affected areas in northern Arakan State. So, the deputy director told pertinent township education officers to inform them as quickly as possible which schools can open for the new academic year.

In addition, some teachers are worried about their safety when they go and teach in conflict areas.

“We reported to the government about our teachers’ safety. If we cannot provide any safety measures for our teachers, we can’t send them into the dangerous places,” U Sein Tun Hla said. 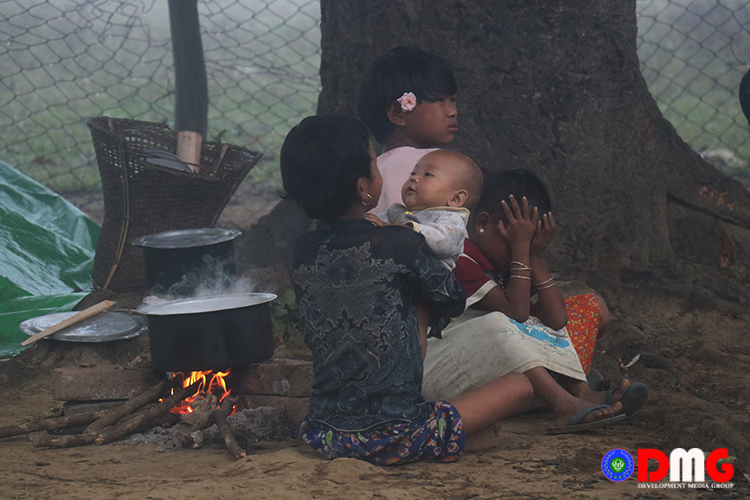 In order to assist students from sixty-one camps, uniforms, note books and other supplies were given to appropriate township departments, the office of the head of the Education Department in Arakan State.

“As for our education department, the students in the refugee camps are our children.  So, we are trying our best for them so they can pursue their studies,” U Sein Tun Hla said.

Although the regional government is helping all students in Arakan State to go to school, students from IDP camps don’t know the certainty of their academic future.

Students from the remaining 44 camps do not know if they can go to school or not. They want to build their future by studying under a roof even if they cannot go to school.

Since they are poor, they could not live in urban areas to pursue their education, they are studying in village schools. But their situation is worse due to conflicts in the region.

Their future is vague now. They would like to remain hopeful they can study at school in the near future in spite of staying in the camps as refugees.