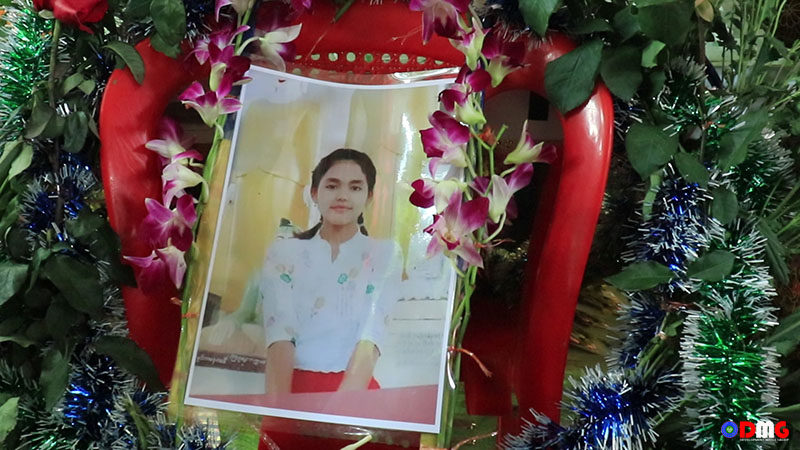 “May you never meet a terrible fate like this in your next lives, my little daughter,” cried the grief-stricken mother as she watched the smoke rise from the crematorium chimneys at her daughter’s funeral.

Affectionately known as “Pauk Sa” (cub), Ma Nwe Thandar Win, 18, was stabbed to death at a plasticware and consumer goods shop near the Arakan State government offices in the state capital Sittwe on August 15.

Her murder prompted widespread public grief along with dueling investigations, and ultimately served to highlight the increasingly dangerous streets of Sittwe — and what critics of law enforcement in the Arakan State capital say is authorities’ inability or unwillingness to protect and serve residents.

‘I Found Her in a Pool of Blood’

Ma Nwe Thandar Win passed the matriculation examination with one distinction this year. Since the announcement of the exam results in June, she had been working at a consumer goods shop that also employs her aunt, Ma Sandar Win.

At around 5 p.m. on August 15, her aunt phoned Ma Nwe Thandar Win to close up the shop, as usual. After her niece did not answer the phone despite numerous calls, Ma Sandar Win became worried and rushed to her shop.

“I didn’t see her at the counter, so I thought she might be in the bathroom,” her aunt recounted. “I went to the back of the shop, and there I found her in a pool of blood. I ran out, shouting that she was stabbed. Two other staffers who had accompanied me dared not enter.”

Ma Sandar Win phoned the shop owner, who lives near the Waithali grounds. She then reported the situation to a police vehicle that was driving past the shop. Then neighbours arrived at the crime scene.

“We saw a crowd of people there, and so we went to see what had happened,” a resident of the neighbourhood told DMG. “We saw ants on her wounds. She might have been killed hours prior. Her hands were stiff.”

There were also indications of a struggle, according to Daw Nyo Aye, chairwoman of the Rakhine Women’s Network, who was able to see some of the medical records. 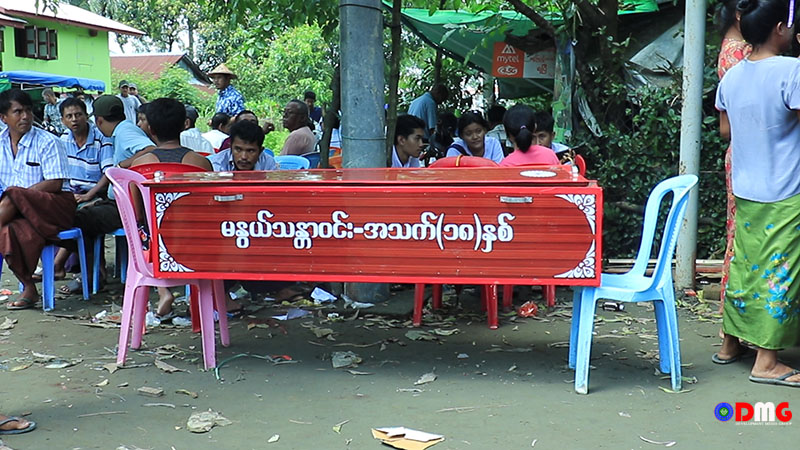 A string of murders have been reported over recent months in Sittwe, where security is arguably the tightest in all of Arakan State. In most of these cases, the murderers have not been identified to date. Since 2018, police and military patrols have become a common sight in Sittwe, seat of the Arakan State government and place of residence for its highest-level authorities. A CCTV video surveillance system was reportedly installed in the city at a cost of 120 million kyats (US$57,000).

Despite the extensive security apparatus, Sittwe residents are living their lives in a heightened state of anxiety amid what many are describing as a crime wave. According to the local charity Shwe Yaung Metta Foundation, at least 19 people have been killed and eight others injured in knife attacks since January.

The increase in murders, as well as thefts and robberies, in Sittwe can be traced to the economic crisis along with weak law enforcement by the military junta, said U Kyaw Zaw Oo, vice chairman of the Arakan Front Party (AFP).

“The influence of law enforcement organisations has become less and less effective,” he said. “In that situation, I see that all kinds of circumstances have come together for this to happen.”

In the aftermath of Ma Nwe Thandar Win’s killing, local police under Myanmar’s military regime and the United League of Arakan/Arakan Army (ULA/AA) launched separate investigations, and arrested and charged two different people with murder. In the weeks since the two rival governing authorities announced their actions, however, little information about the cases they are bringing against the individuals has been divulged.

Maung Myo Chit Soe, 19, from a neighbouring shop, was detained by the junta’s police force on August 16 for interrogation, and was subsequently charged with murder. Meanwhile, the ULA/AA arrested Ko Myo Myint Zaw, the manager of the shop where Ma Nwe Thandar Win worked, and told the media that he would face trial for the young woman’s murder.

The duelling investigations, their divergent conclusions as to who was responsible for the killing, and the dearth of information about the cases moving forward against the two men have left Sittwe residents confused and unsure of what to believe.

It is important to thoroughly investigate Ma Nwe Thandar Win’s case because murders like hers not only affect the relevant family members, but also threaten the entire public, said U Kyaw Zaw Oo.

“If the relevant law enforcement agencies can restore justice and address the threats to society, they can prevent such incidents from happening again. Residents are worried that it [Ma Nwe Thandar Win’s case] will end in uncertainty,” he said. 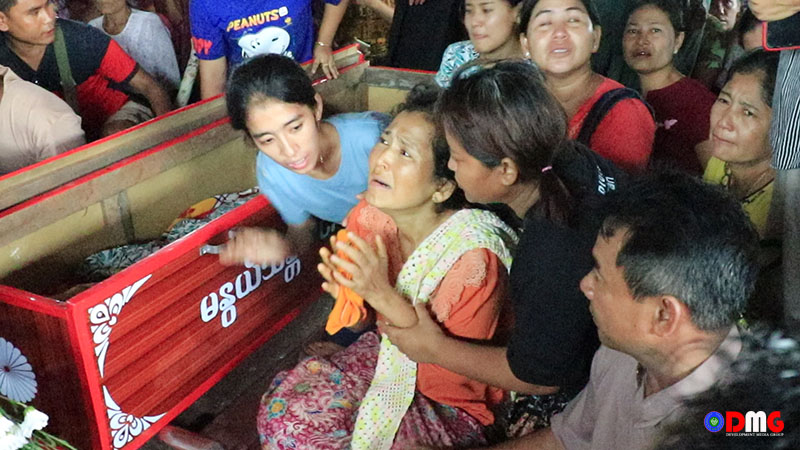 DMG attempted to phone the head of the No. 1 police station and commander of the Arakan State police force, Police Colonel Thet Lwin, seeking comment on the matter, but they could not be reached.

In contrast to the uncertainty surrounding accountability for Ma Nwe Thandar Win’s murder, there was nothing ambigous about the finality of the moment as her body was cremated at Akyeittawkone Cemetery in Sittwe on August 17, with thousands of locals there to mourn her untimely death.

“I wish that my daughter may rest in peace,” said U Hsan Win, the grieving father of Ma Nwe Thandar Win, who added that he would do his best to see that justice is done.

At a time of rising danger, it’s safe to say that many Sittwe residents share those sentiments.