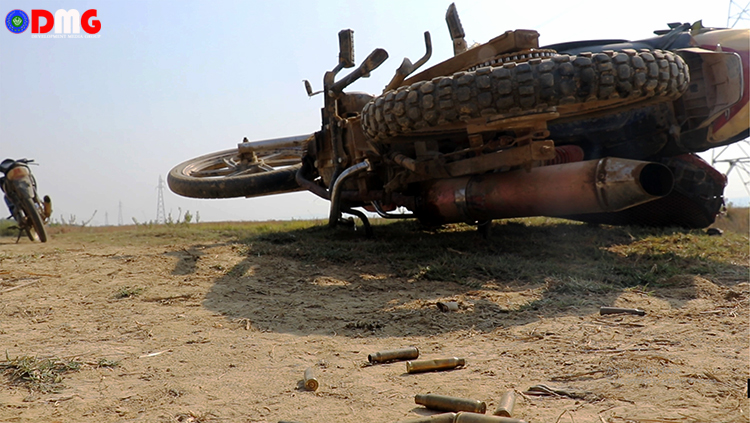 Small pillars from a small bamboo house adorned with nipa palm leaves shows how poor the family is.

It’s home sweet home for five people in a village in Rathedaung Township, 65 kilometers north of Sittwe in Rakhine State. They are U Kyaw Kyaw Naing, his wife Daw Bu Ma and three children, two sons and one daughter ranging in age from nine years old to a baby.

A terrible incident destroyed their humble abode in Thameehla village in late January, 2019. The incident was a torrential rain of gun fire into the village on January 26.

At that time, U Kyaw Kyaw Naing was not at home; he went fishing. His wife was panic stricken, hiding in the shed besides the house with her three children.

Meanwhile, blood oozed from the head of their six-year old son, the second child among the siblings.

“When we were hiding, my eldest son told me that his brother was bleeding. I took off my daughter’s clothes and wiped his blood. He couldn’t speak after that,” Daw Bu Ma recalled.

The piercing sound of bullets whizzing through the air made people from the entire village petrified. They were hiding in nearby places in fear.

Hearing the horrific sounds of gunshots, Ma Nwe Nwe Oo, who returned from another village, hid under a bamboo bed in a nearby house, but she was shot in her hip. After the gun fire subsided there was silence, the government army arrived and ordered villagers to come out of hiding, said Nwe Nwe Oo.

“At first we scared to come out. Then they threatened to set fire to our houses if we don’t come out. When I came out of hiding, one of the soldiers aimed his gun at my head and shouted at us to go to the school,” she said with a slight tremble in her voice.

Ko Maung Win Hlaing, who had to hide in the kitchen when he heard the sound of gunshots while he was eating with his family, said that the pillars of their house were destroyed by bullets when soldiers shot into their house.

He kept on recalling his experience. He was told to come out of the house with his hands up. He was ordered to lie on the ground.  And they trod on him and hit him with a rifle butt.

“They hit me with a rifle butt one time, that made me dizzy, but I had to control myself. My hands were tied behind my back. Then they asked us to stand and warned us they’ll shoot us dead if we try to run,” he said.

All villagers were taken to the village school and forced to sit there from 9 AM to 7 PM. They inspected household lists of the village and released them back, villagers said.

“They gave us trouble. Do they have the right to shoot guns in our village? It’s too bitter a feeling in our hearts when we saw that they were shooting weapons in our village. Villagers might be killed without knowing anything,” Ma Nwe Nwe Oo said with a resentful voice and her eyes swelled with tears.

Colonel Zaw Min Tun from the Tatmadaw True News Information Team said that the Tatmadaw and Border Guard Force inspected Thameehla village because the Tatmadaw troops were attacked from villages.

“Our troops were attacked with explosive devices. Then, they entered villages. They were in civilian clothes, so members of AA might pretend to act as villagers. And some villagers might work for the AA. So, we have to do required operations for security,” colonel Zaw Min Tun said.

Maung Soe Naing who was shot in the head was allowed to be sent to Rathedaung Township hospital after pleading to get medical treatment, then he was transferred to Sittwe Hospital due to the severity of his injury.

It was a strong possibility that he was suffering from internal bleeding in the head, so he was taken to Yangon from Sittwe hospital, but he died on the way on January 28. His body was taken back to his village on January 29, and entombed on January 30 in the village cemetery.

Maung Naing Soe was seven years old and news of his tragic death made people feel absolute anguish. Villagers believe that his untimely death is a nasty result of the armed conflicts.

U Kyaw Kyaw Naing, the father of the boy, gave back the financial assistance of K 450,000 the government provided for the death of his son.

“I don’t want to spend that money that was given to me after the death of my son. I feel so broken because I lost my son. That’s why I gave back the money to relevant authorities,” U Kyaw Kyaw Naing said with quavering voice.

Political parties and civil social organizations released an announcement to express their condolences concerning the death of the seven-year-old boy, Maung Naing Soe by a bullet wound.

UNICEF Myanmar also conveyed their condolences on Maung Naing Soe’s death during the attack between the Arakan Army and Tatmadaw near Thameehla village.

It also called on all parties to ensure the safety of children caught up in conflicts and to protect their right to live a peaceful and productive life.

While villagers were being questioned at the village school, their houses were searched and homeowners lost their valuables and other property, villagers said.

“Since we all were in the school, we couldn’t see anything. When we returned home, we found that our rice and chickens from all houses were taken. They smashed all the eggs and took chickens,” said Daw Aye Hla Thein from Thameehla village.

She also said that she lost one golden ring and K 80,000. Villagers said that members of the Tatmadaw troops took gold and other valuable belongings.

But, the Tatmadaw denied the accusations of villagers. Brigadier General Zaw Min Tun, spokesperson of the Tatmadaw True News Information Team, said that military personnel did not break into villagers’ houses and did not take their valuable property.

“We inspected the village for security reasons and we conducted security operations. We did them with the Border Guard Force. We followed the procedures. Our members did not take money and personal belongings,” Brig-Gen Zaw Min Tun said.

On January 29, the Border Guard Force handed in 19 handsets to Rakhine State Hluttaw representative for Rathedaung Township U Oo Than Naing and village administrators.

According to U Oo Than Naing, 64 houses from Thameehla village were broke into and gold and other belongings went missing. 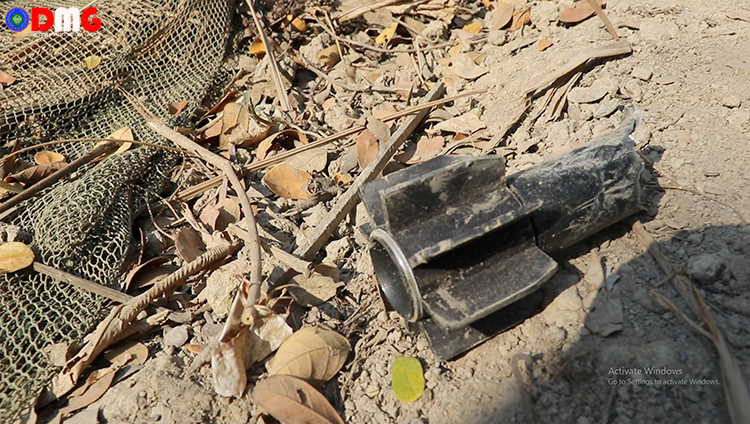 The MP said that he will investigate the break-in at villagers’ houses and the thefts of their personal belongings in order to take action according to the law.

But villagers have not received yet their lost belongings so far. Meanwhile, the Tatmadaw side claimed that they did not breach any human rights and they just inspected the village for security reasons.

The Arakan Human Rights Defender and Promoter Group on January 30 released a statement in which it said that the act of wrongfully seizing gold items and handsets while searching through houses and civilian casualties caused by hostile gun fire are a blatant breach of human rights.