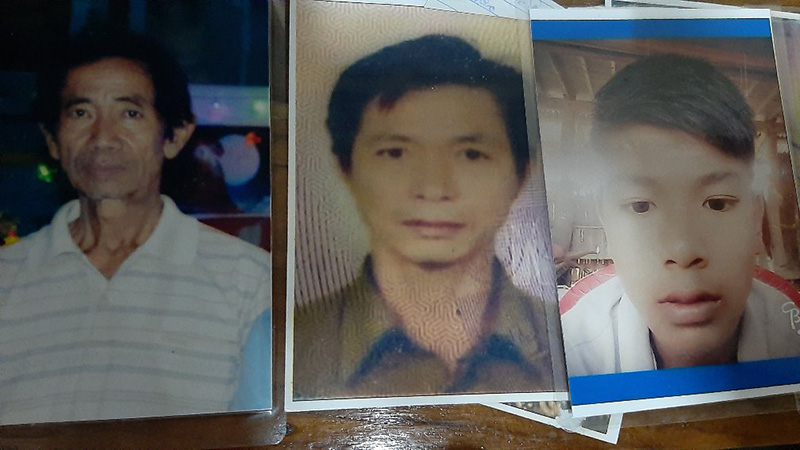 The families of 18 people allegedly abducted by the military from Tinma village in Kyauktaw Township, Arakan State, still haven’t a clue as to their loved ones’ whereabouts more than nine months after they were taken away.

As time passes, the families are increasingly concerned about the well-being of their loved ones, whom they have not been able to meet with since their disappearances.

“We lawmakers suggested filing complaints with police,” said one of Arakan State’s Kyauktaw Township MPs, U Maung Maung. “Relatives did file a complaint but police did not accept the case.”

With the assistance of local lawmakers, kin of the Tinma abductees sent letters in late March — requesting an investigation — to the offices of the President and State Counsellor, as well as the Myanmar National Human Rights Commission (MHRC) and the Office of the Commander-in-Chief of the Defence Services.

The MNHRC replied to lawmakers in late November, saying the Defence Ministry had denied abducting any Tinma villagers as the concerned families are alleging.

“The Tinma villagers were really abducted by the Tatmadaw. We want justice,” said the father of one of the missing.

At a press conference on November 27, military spokesman Major-General Zaw Min Tun said relatives of individuals detained by the Tatmadaw could file complaints with police if they had evidence that the military had detained the concerned person in error.

“Far from opening cases, the police chief said they didn’t receive the complaints. This is the crime of spoliation of documents and dossiers,” said Ko Zaw Win, who is helping the relatives of those missing.

Ma Mya Win Kyi, the sister of Tinma abductee Maung Kyi Lin, said given the fact that the complaints were handed over to a police clerk in person, the disappearance of the complaints was “questionable.”

“The police must accept the public’s complaints,” she added.

Police Captain Thura Tun, chief of the Kyauktaw Myoma police station, told The Irrawaddy news outlet that the police clerk with whom the Tinma villagers’ family members lodged their complaints was transferred and is no longer at the police station. 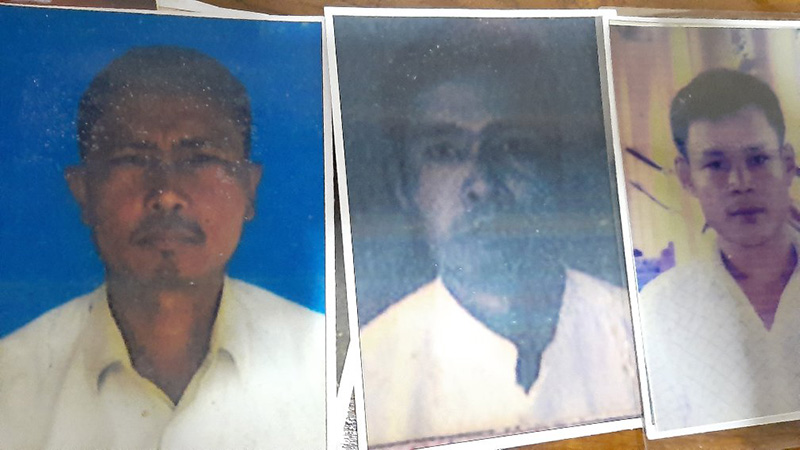 According to the Kyauktaw Myoma police station chief, the case was not accepted due to a lack of police authority, as the incidents occurred in a Tatmadaw military operations area.

But instead of buck-passing, police should provide guidance on how to proceed legally, said the Arakan State lawmaker U Maung Maung.

“It shows a lack of accountability by the relevant organisations,” he added.

“We happily went to the police station to get the information because of the Tatmadaw’s statement that people could file a complaint with the police. But the police didn’t accept the complaint. We have many difficulties,” said Tinmagyi village administrator U Maung Kyaw Win.

In response, Brig-Gen Ye Yint Aung of the Tatmadaw True News Information Team said: “The police station is not under the control of the Tatmadaw, so we have not given any instructions on these matters. Maj-Gen Zaw Min Tun has already said that it’d be better to solve the case in accordance with civilian law.”

Lawmakers and human rights advocates have pointed out that the apparent lack of legal protections afforded to civilians arrested in military operations areas, including the Tinma village case, is a matter of concern for the rule of law.

But questions of jurisdiction aside, the fact remains that no group has claimed responsibility for the detention of the Tinma villagers, who went missing more than nine months ago.

U Maung Kyaw Win, the local administrator, is among those who say they will not rest until the Tinma villagers’ relatives know more about their loved ones.

Among the missing Tinma residents is a 25-year-old man who has been mentally disabled since birth, and whose family members are concerned for his safety, U Maung Kyaw Win said.

“Neither the Tatmadaw nor police took responsibility for the case,” said the administrator, adding that those fighting for answers are trying to prevent the Tinma villagers from being “disappeared completely.”