Protecting mangrove ecosystems in Arakan State, before it’s too late

Ecosystems are a pillar of existence, and have been since the beginning of the world. An ecosystem includes everything around us.

If the global ecosystem were to collapse, the long-term sustainability of the world in which we live would be unthinkable. Nonetheless, because of the irrational greed of human beings, the ecosystems on which we depend are deteriorating.

As an obvious example, we humans desperately need oxygen to survive. But we are paying less attention to the trees that are the main producers of oxygen. The Earth’s precious treasures are being destroyed due to overexploitation by human beings.

In coastal Arakan State, mangroves are a prominent feature. These mangroves are among the world’s most precious forests. More than two-thirds of the Earth’s surface is water, with the remainder land. Mangroves are present in many places where land meets water, and greatly contribute to the health of our ecosystems in Arakan State.

As they do elsewhere in the world, mangroves in Arakan State are found at the junction of land and water, where they act as a bulwark against erosion and tidal surges. Even when storms strike, they can withstand strong winds. These mangroves are also a breeding ground for shrimp, a major fishery industry product and source of livelihoods in Arakan State. 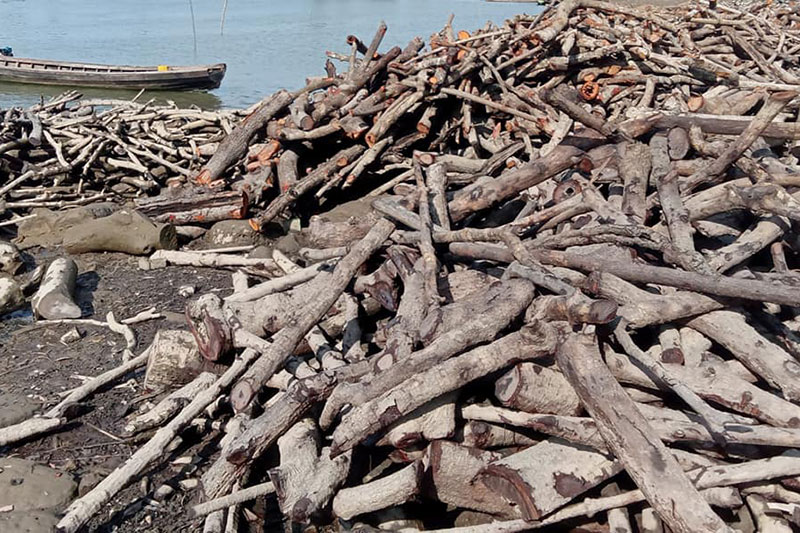 Locals do not know how to preserve the mangrove forests, Dr. Maung Maung Kyi of the RCA lamented.

Mangrove plants are also cut down to develop areas for prawn or fish farming, or to make way for dams, often destroying the habitats of aquatic wildlife, mangrove conservation activists say.

Based on field surveys, fish resources in coastal Arakan State are significantly less than other coastal areas, according to the Department of Fisheries.

“According to a study conducted from 2012 to 2018, if you catch 10 viss of fish in other coastal areas, you will get only six viss in Arakan State. Compared with other coastal areas, the Arakan coastal area has the lowest level of fish resources,” said Dr. Tun Thein, deputy director of the Department of Fisheries.

Dr. Tun Thein added that the depletion of fishery resources along the Arakan coast was due to unsustainable fishing activities and deforestation in the 1990s, as well as increased shrimp and salt production.

“These mangroves are being destroyed to develop areas for prawn farming. In these mangroves, fishing is done with very small nets. So all the young fish die,” said Ko Myo Lwin, a mangrove conservationist in Ann Township.

As the mangrove ecosystem deteriorates, catches in the fisheries industry are declining sharply, according to some fishermen.

“In the past, we could catch fish anywhere in the creeks. Now we can only catch about 10 ticals of fish in the creek,” said Ko Myo Maung, a fisherman in Ann Township.

Fishermen in Kyaukphyu Township say their catches are lower than in the past, and that species that were once caught in abundance are now scarce.

In order to ensure long-term survival, it is necessary to preserve and maintain the ecosystems around us in a timely manner. Deteriorating ecosystems in Arakan State face the dual pressures of overexploitation and overpopulation.

Arakan State is a coastal region with limited job opportunities. About two-thirds of Arakan State’s population is dependent on the fishery industry, so special care is needed to ensure that the mangroves and ecosystems that marine life depends on are not destroyed, for the sake of hundreds of thousands of human lives and livelihoods.