Can Sittwe Be Saved From Itself? 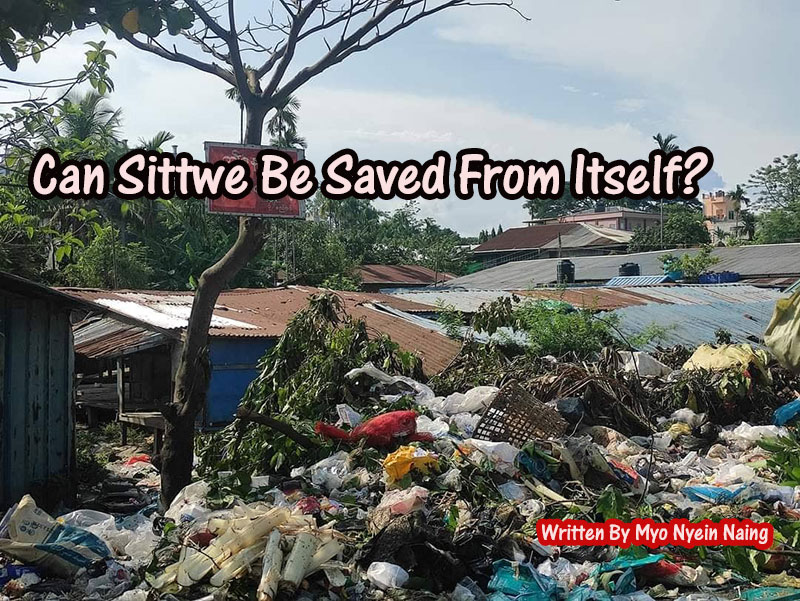 Is Sittwe clean? “Absolutely not,” most would agree. The capital of Arakan State is located at the confluence of the Kaladan, Mayu and Lay Mro rivers near the Bay of Bengal, and possesses formidable geopolitical and economic potential. But until the city learns to deal with its trash, “green” its governance and its residents’ behaviours, and protect its environment in ways big and small, Sittwe will remain an example of municipal mismanagement from the bottom up and the top down.

Consider that in 2018, there were just eight garbage trucks, an inadequate number to meet the needs of the Sittwe population. What’s more, the lack of skilled manpower for trash collection has led to avoidable negative consequences, such as the spread of disease. Underfunding of Sittwe’s trash collection system is just one facet of a much larger dysfunction when it comes to municipal environmental policy.

Then again, most individual households are not doing these garbage collectors any favours.

“Lack of household waste management and the vast number of small landfills in Sittwe are leading to the scattering of plastics and waste on the streets, which makes the community ugly with prospective diseases and disgusting smells,” said Aung Thu Rein of Sittwe University, whose studies have included concern for the natural environment of the Arakan State capital.

First, environmental regulations and laws should be implemented by the government in Sittwe to restrict the excessive use of plastics and unmanaged waste from households. Taxation on the use of plastics, sometimes called a “plastax”, must be considered to limit environmental damage and achieve a greater degree of sustainability.

“Government must have a proper waste management system that is realistic and accessible for the general people, and the government should cooperate with the educated people to create development programs,” said Ei Phyo Khaing of the Yangon University of Education.

Additionally, businesses that are socially responsible and have a proven track record of environmental protection should be encouraged through state government subsidies, so that they are able to operate with less concern for their finances. We need to reward good behaviour, showing that success and social/environmental stewardship can go hand in hand. 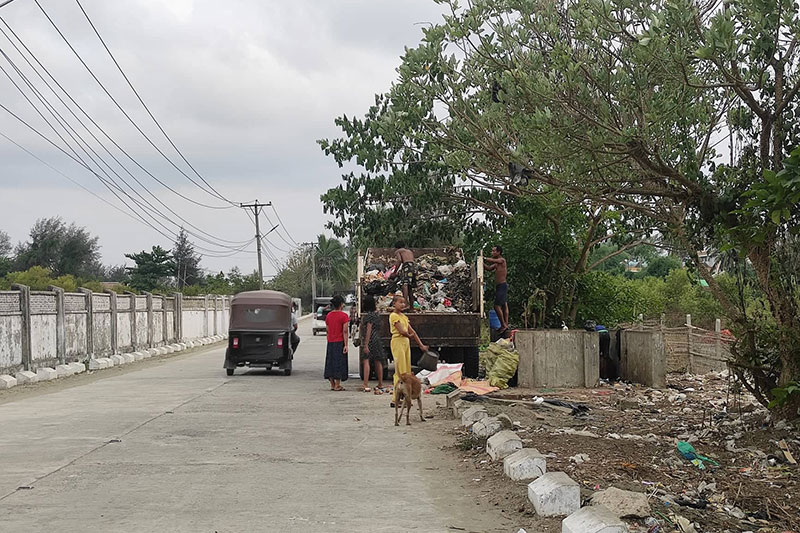 Technological development plays a crucial role in the environmental protection of any city, and Sittwe is no exception. Achieving sustainable development is a tall order for Sittwe due to a lack of advanced technologies and financial resources. Therefore, technical support should be provided by the government, in cooperation with developed foreign countries and foreign nonprofit organisations.

Today, youths are becoming more knowledgeable and educated about what is going on in the world. The young people of Arakan are attempting to get Arakan to catch up with the rest of the world in terms of education, technology, and politics. Young people are the important change-makers in our society, in contrast to the uneducated and conservative old generations of Arakan, because they are more concerned about what will happen to us in the future. There are a lot of nonprofit organisations led by youths working for the environment in Arakan.

“Some educated people are wisely [limiting their use of] plastics because they know the pros and cons of plastics, but there are a lot of uneducated people who do not know anything about plastics and environmental problems,” said Soe Moe Aung, a student of youth empowerment and community development studies at Pechaung Institute in Arakan State.

“To alter the uneducated people’s behaviours and attitudes on the environment, every single youth of Arakan must work together in order to raise awareness and educational campaigns,” he added.

Geographically, Sittwe has the potential to benefit from tourism in the future, if the environment is properly managed and a revitalised, greener city can be created. As demand for tourism increases, the profits for local businesses will rise as well. But the main benefit of a cleaner, greener Sittwe will be to the health of its residents, and this is something that you cannot put a price on.