In countries where strains of chauvinism and nationalism are strong, there is a higher likelihood of internal conflict and the propensity for minorities to resort to armed struggle. So it is in Myanmar, where successive governments did not lay the foundations of regional development, resulting in an impoverished country plagued by one of the world’s longest civil wars.

Political observers have said that nationalism is at the core of political infrastructure. The majority of young Arakanese people are now focusing their attention on their origins. They have a strong sense of their historical culture and the greatness of their ancestors, and in this they have been united and have forged better connections among themselves.

Civil war has occurred in Myanmar for more than 70 years due to the belief of ethnic people that Myanmar has not become a genuine federal union because of the poor governance of successive governments after Myanmar (then Burma) gained independence in 1948. Ethnic people have suffered privation due to the power plays of successive governments and varying political parties. Since the central government has ever favored its ethnic Bamar majority, a segment of ethnic minorities who have been oppressed for decades have felt forced to resort to armed struggle.

Nation-building and state-building should take into consideration the features of all citizens living within the confines of a country’s borders. This idea ensures stability in a country, and it is an essential element of a democractic federal union, where all are placed on an equal footing: To paraphrase the words of founding father Gen. Aung San, “If the Bamar get one kyat, the Karen will get one kyat.”

It is essential to have a common agreement between the Tatmadaw and ethnic armed groups to show it is possible to forge a national identity in Myanmar, a country with a wide range of ethnic diversity. That’s why equality and self-determination have become key demands in the armed struggle of ethnic people.

In its early years, the Karen National Union (KNU) demanded independence from Burma. Today, the Arakanese people are demanding a confederation because of growing nationalism and heightened political consciousness among them.

To attain peace nationwide, all stakeholders must negotiate for equality based on the “Panglong spirit” and by building mutual respect and trust.

Therefore, efforts must be made to get the remaining ethnic armed groups that have yet to sign the nationwide ceasefire agreement to participate in the peace process, especially the Northern Alliance. If those who participate in that process are big-hearted and transparent, their journey toward a lasting peace will be smoother. 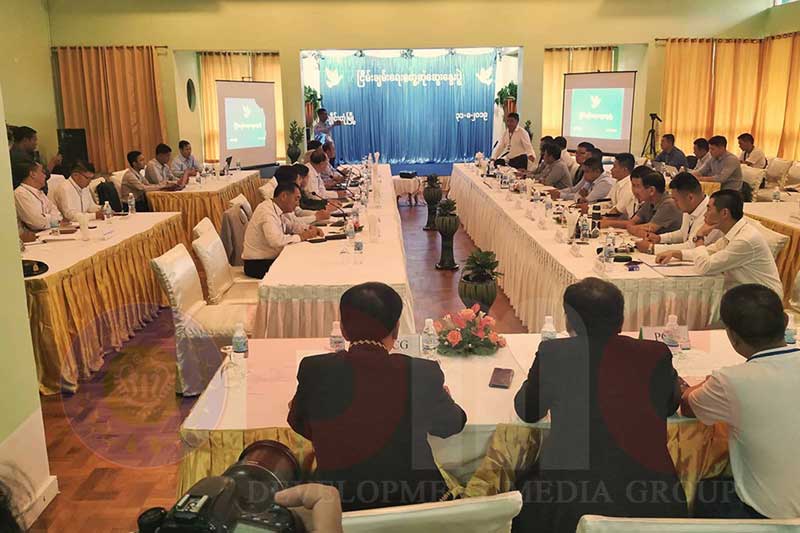 Today, ethnic minorities believe that Bamar people are co-opting symbolically important spaces, and decades-old grievances related to the education system persist. Namely, that most ethnic people do not have an opportunity to pursue education in their own language and literature at public schools in their regions, and instead their children must study the Bamar language and literature only.

To ameliorate this situation, in addition to equal rights politically, all ethnic people in the union should be granted self-determination in social and cultural affairs.

On August 12 of last year, Karen people were not allowed to celebrate Karen Martyrs’ Day. In 2017, Arakanese people in Mrauk-U city were not allowed to hold a literature talk to commemorate the fall of the Arakanese Kingdom. And in Kayah State, a General Aung San statue was erected in Loikaw city amid local Karenni youths’ objections.

These cases are exemplary of widespread feelings among ethnic minorities that their histories and cultures have been neglected or infringed upon, despite provisions in Chapter 8 of the 2008 Constitution intended to deter chauvinism in all its forms.

If the country is to move forward toward the stated goal of democracy within a federally constituted union, mutual recognition should prevail in such cases. This is an ideal not without precedent: Non-Bamar historical figures of eminence have won the respect of the Bamar majority, and likewise there are Bamar icons of the past and present who have gained the esteem of ethnic minorities.

A fight for identify

The Arakanese people have a long history of adopting armed struggle as a means of achieving equality and self-determination.

From colonial occupation beginning in 1784, to later struggles against subsequent generations of colonials, Japanese fascists and then Bamar-dominated military rule, a rebellious streak has long-characterized a slice of Arakan State’s political dynamics.

The Arakanese people’s armed struggle under successive governments was not successful, however, due to the predominance of a conservative nationalism, and a lack of unity. Conservative nationalists espouse tradition and are afraid of creating new things. They are stuck looking back to the past.

Young Arakanese people today, in the age of globalization, are considering the interests of their own people with the benefit of greater knowledge of historical and modern examples — case studies in both what they aspire to, and what they do not want.

Arakanese people today want self-determination and equality within their state. They do not want their own country as in “Tibet, Chechnya and Palestine,” Maj-Gen Twan Mrat Naing from the Arakan Army (AA) said in an interview with The Irrawaddy media outlet.

A leader from the United Wa State Army (UWSA) has said that their stance aims to establish a “Wa State,” but they do not want to separate from the Union of Myanmar. The Arakan Army has garnered many people’s support over the past decade because of its stated focus on securing the right to self-determination.

Nationalism, and the complementary notions of equality and self-determination, are creating unity among Aarakanese people. Compared with other regions, their region is poor and undeveloped in every regard, and especially in education and social affairs. That’s why young Arakanese people believe that armed struggle would be more effective than working within the political system to bring about changes in their region.

If armed conflict is to end in ethnic regions, all need to try to build a genuine federal union. The 2008 Constitution in Myanmar is an obstacle to establishing a genuine federal union at the moment. At the same time, the civil war will not immediately end if the charter is amended. Such changes also will do little to address the social and economic challenges the country has been facing, nor will they bring about immediate relief for the hundreds of thousands of IDPs suffering daily in Myanmar.

A parliamentary committee has put forward 3,765 recommended amendments to the Constitution. However, who can guarantee that amendments will heal Myanmar’s political wounds? What we need to do is to balance constitution amendments with the establishment of a democratic, federal system. We must move toward a federal union based on equality because ethnic minorities believe that the Bamar have staked their claim as the representation of the country.

The root causes of armed conflict can be resolved through political dialogue. But all stakeholders must have the will to forge peace, which is the foundation for equality, self-administration and decentralization, and vice versa.

As 88 Generation student leader Min Ko Naing has said, peace will be far away as long as there are people who profit from war.