Elucidating the spirit of peace 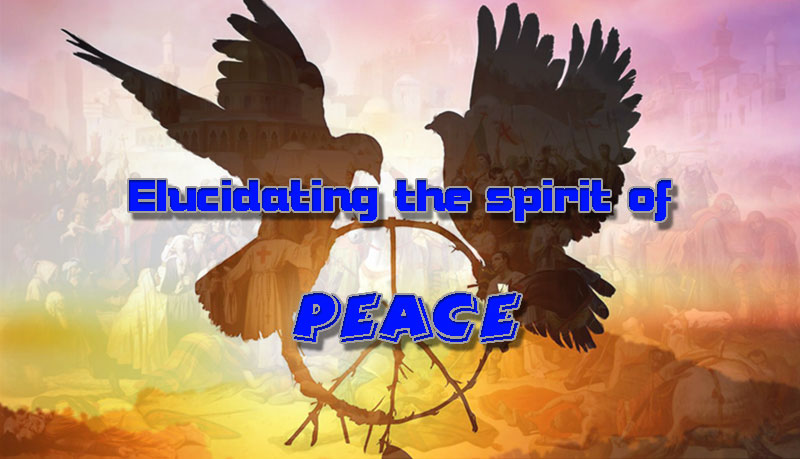 Although those in power can often get away with misdeeds and injustices, it is usually the general populace who feel the weight of shame for the wrongdoing of their leaders. To this day, Germans feel a sense of disgrace due to the horrific era of Hitler and his henchmen. The world experienced the worst atrocities in human history during Hitler’s 12-year reign from 1933 to 1945.

Despite their high level of modernity and development, the Japanese too feel shame for the past deeds of older generations from the fascist era. Television dramas in Myanmar today often depict the worst Japanese atrocities and the evils of the British colonists, and when watching such shows covering these historical transitions, it can be sickening to watch those relying on the use of force and weapons to commit such atrocities, torturing and oppressing defenceless and destitute peoples.

Although many people are capable of feeling apprehension and remorse when considering such historical events, the injustices that are being committed and experienced today, in real time, frequently get short shrift. While everyone despises the villain in the movie, some become like the villains who misuse their authority. The viewer feels indignation when people in films are abused, and there is empathy for those actors who play the role of victim, yet the reckless and bullying behaviour that is taking place elsewhere — in real life — is all too often ignored.

Among humanity’s extinct civilisations, the history of the Maya serves as an interesting example as well as a useful lesson. Researchers have established that the rise and fall of Mayan civilisation can be divided into two distinct parts, with the year 761 AD as its turning point. Prior to that year, the Mayan people were systematic in the way they fought wars. However, in the period after 761 AD the systematic nature of their warfare and their structured order of battle gave way to looting and murder, destruction and pillage, ultimately marking the beginning of the end of Mayan civilisation. As such, officials in Myanmar can take note of the Mayan example and be wary and vigilant as to whether the conflicts in our country — once systematic and in accordance with the laws of war — are now leading toward a state of chaos and violence.

If conflicts evolve into a state of chaos and turmoil, rather than combat that is defined by rules, the recovery of those affected will drag on unnecessarily. A country is comprised of its peoples — if those people are suffering, then all will fall behind and suffer.

After invading a country and cleansing it of all those deemed a threat, Indian King Ashoka was confronted with scenes of corpses stacked sky-high, ruins and wailing wounded. When he heard their screams he was shocked and devastated, and failed to enjoy the taste of his victory. If one regards other people’s pain and suffering as victory, then those people lack compassion. If there is no compassion, there will be no desire for peace.

Some wars are fierce. Some wars endure for years, even decades, and are filled with cruelty. However, there is less bloodshed when those conflicts involve leaders who at heart want humanity and peace. Between 1189 and 1192, the Third Crusade ended with two kings who sought peace. Egypt’s King Saladin and England’s King Richard realised that the only things that came of their ancestors’ follies of war were misery, poverty and contempt. Despite their pride, both kings were inclined to end the war and bring about peace due to a heartfelt pain caused by the deaths of their subjects, the slaughter and destruction, and the pain and suffering across the land. Diplomats were dispatched. Negotiations and concessions were made. The war ended.

If conflicts are really to be brought to an end, excessive egos need to be replaced with loving kindness. It will not be a true spirit of peace if it is based on ego and arrogance. The mentality of peace with arrogance and ego is a lie. If those that wish for peace do so with sincerity and courage, they will take consideration of their people’s suffering. For the Crusades to end, King Richard made a profound speech, offering a proposal for peace to King Saladin. “Both your soldiers and my soldiers have died. The country is devastated. Chaos reigns. Don’t you think this is enough? Isn’t it time to stop this madness?” Richard asked. It was with these heartfelt words of compassion that the deadlock was finally broken and the fires of war that had raged for so many years were finally extinguished. This wasn’t about manipulation or taking advantage of the other party and thus their peace was genuine and durable.

The current conflict in Arakan (Rakhine) State, western Myanmar, has resulted in the destitution and displacement of more than 150,000 people. Hundreds of civilians have been killed and injured, and many homes in the villages have been burnt to the ground. Among those responsible, I hope there is a real and true sense of what it means to achieve peace. Only those who create war can bring about peace. The attainment of true peace is but a matter of compassion.