Feelings of anxiety about future of IDPs 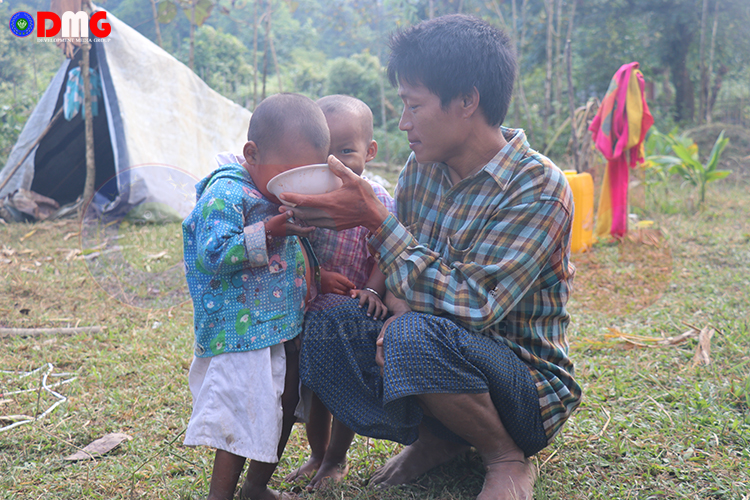 Home is a familiar word to everyone. Home is very important for everyone. Even if it is a small hut, everyone loves their home, because home is where the heart is.

However, more than 30,000 people from Buthidaung, Rathedaung, Ponnagyun, Kyauktaw and Mrauk-U townships cannot return home yet due to the ongoing skirmishes between the Tatmadaw and the Arakan Army (AA) and the exchange of gunfire in their villages.

Since fierce hostilities in Arakan State have been continuing for more than four months, the number of IDPs is increasing day by day. According to a figure as recent as April 18, there are 41 IDP camps in Mrauk-U district and the number of IDP is more than 10,000. Currently, skirmishes go on unabated in the region.

Meanwhile, at least eight artillery shells remain undetonated in Si Taung village, most villagers are worried for possible explosions from these shells. Villagers believe that the shells landing in their village are from the shooting of the Myanmar Army.

Furthermore, IDPs from the camps will endure more hardships because the rainy season will arrive very soon. The refugee camps in the countryside are at schools and monasteries. So, refugees taking shelter in schools are concerned about their daily living because schools will reopen in June.

According to the figures of the Arakan State government up until April 21, there are 99 IDP camps across Arakan State; 28 in Mrauk-U Township, 24 in Buthidaung Township, 19 in Minbya Township, 14 in Ponnagyun Township, 10 in Kyauktaw Township and 3 in Rathedaung Township. The number of IDPs in the camps are 31,979, it said.

Unfortunately, there is little relief aid from the Union and state government. And, the government does not allow international organizations access to IDP camps to provide relief aid, except the ICRC and WFP. Local aid organizations are helping IDPs as much as they can.

IDPs mainly need food, medicine and toilets. If hostilities in the region go on indefinitely, provisions for IDPs will be required for the long term. If so, the Union government and state government will have to draw up long term relief plans.

The Department of Disaster Management in Arakan State has already provided IDPs nearly MMK 540 million worth of provisions. According to the figures of the Arakan State government, relief aid for IDPs in Mrauk-U, Maungdaw and Sittwe districts up to mid-April is worth over MMK 150 million; they furnished rice, oil, salt, beans, clothes, blankets, mosquito nets and mats.

Furthermore, IDPs need money to buy other household equipment and ingredients to cook food although they are provided with basic food such as rice, oil and salt. And the demand for firewood to cook becomes a challenge in IDP camps, aid workers said.

The government’s ban on international aid organizations and the Union and State governments weak efforts to provide relief aid for IDPs have attracted widespread criticism in the region.

Meanwhile, the state government released an announcement on April 4 that instructed government departments not to collect money to provide for IDPs and not to arrange donation plans without permission of the state government. After the letter was issued the number of charity groups soliciting donations for IDPs in Sittwe and other townships in Arakan State has declined. 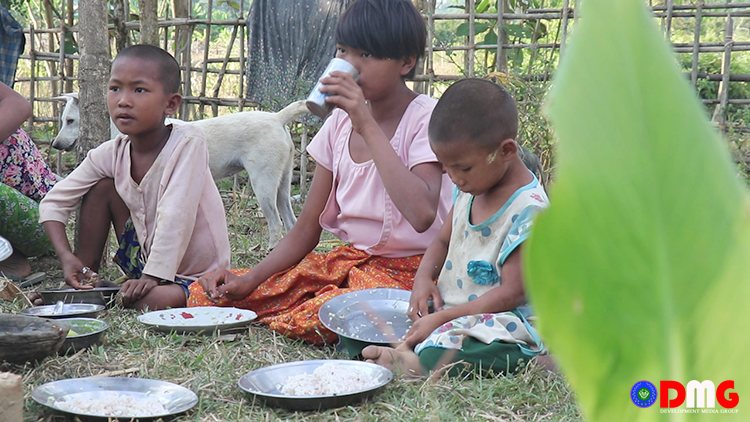 On April 6, one charity group that was collecting funds for IDPs was stopped by police when they were near Myoma market in Sittwe for raising funds without permission. From that day on, no charity groups could collect money for IDPs in Sittwe. The ban on young people who are helping as much as they can could lead to an increase of strong criticism against the Arakan State government.

These days, the weather is extremely hot and it raises concerns about the health of IDPs who have to stay in densely populated camps and who have to make shelters with plastic tarp roofs only. In addition, CSOs in Arakan State said that cases of diarrhea broke out in some IDP camps in Mrauk-U Township because of unclean water.  Meanwhile, some people who have to depend on daily earnings face difficulties because of the curfew imposed in the region.

All in all, a plan to furnish all IDPs with weather-resistant shelters is a very important task at the moment. And, authorities need to supply sufficient food, drinking water, medicine and education for children when initiating plans.

In fact, more than 30,000 IDPs want to return home because of economic, social, educational and health reasons. But they are frightened to witness new armed eruptions in their region. While it’s difficult for people to return home, the hostility in Arakan State is still escalating. So, I’d like to suggest that it’s incumbent for the Union government and the state government to take responsibility for helping people in times of trouble.