What Does the NLD’s Election Loss in Arakan Demand for Arakan’s Future Politics? 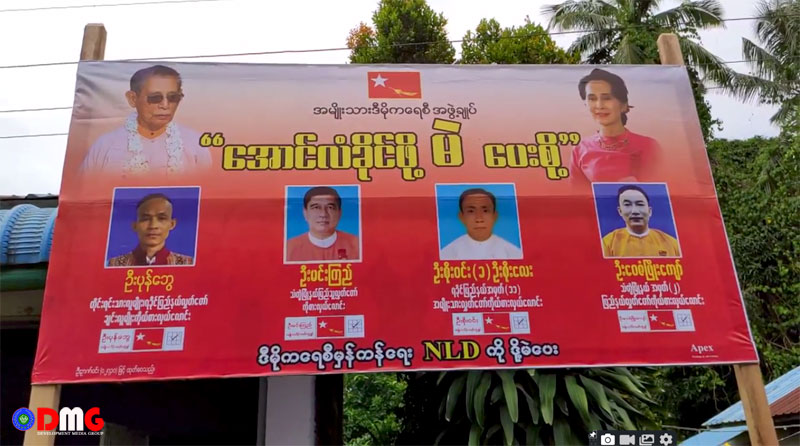 On November 8, 2020, Myanmar held its seventh general election in the post-independence period, with this poll also being the third of its kind under the military-drafted 2008 Constitution. According to the Union Election Commission (UEC), out of 1,117 total constituencies across all legislatures, the ruling National League for Democracy (NLD) won 920 (82%). The Union Solidarity and Development Party (USDP) was a very distant second, with 71 seats (6.3%) followed by the Shan Nationalities League for Democracy (SNLD) (42 seats, 3.8%), and the Arakan National Party (ANP) (15 seats, 1.3%). Tied rounding out the top five were the Ta’ang National Party and the Mon Union Party with 12 seats each, or just over 1%.

Compared to the previous two elections, 2020 also saw voting cancelled/postponed in the highest percentage of constituencies, including a majority of those in Arakan State. Peculiarly, in the 2015 election, Arakan State was the only state where the NLD lost handily to the local party, the ANP. This year, even though the UEC cancelled voting in the ANP-strong northern half of Arakan State, the main local Arakanese party still managed to win 15 of 28 seats statewide, flipping six seats in Taungup and Manaung townships that were previously won by the NLD.

Professor María Eugenia Vázquez Semadeni defines political culture as “the set of discourses and symbolic practices by means of which both individuals and groups articulate their relationship to power, elaborate their political demands and put them at stake.” According to political scientist Lucian Pye, “political culture is the set of attitudes, beliefs, and sentiments, which give order and meaning to a political process and which provide the underlying assumptions and rules that govern behavior in the political system.”

It is safe to say, therefore, that all past electoral outcomes in Arakan were decided by the discourses, symbolic practices, attitudes, beliefs and sentiments of Arakanese people, leading Arakan-based political parties to be the majority victors in all of Myanmar’s previous elections — in 1951-52, 1956, 1960, 1990, 2010 and 2015.

Unlike with most other ethnic states, the political dynamism of Arakan has proven uncontrollable by successive central authorities when smart leadership and strong party institutions complement the existing political culture. However, in the post-Dr. Aye Maung era, a motivational leader is still lacking in the Arakan electoral sphere and the current ANP is not institutionalised to the extent that other parties are; for example, the SNLD in Shan State. The question might thus arise, why was the ANP still the victor in the majority of seats statewide, including those crucial flips in Taungup and Manaung townships?

The determinant, it would seem, was a “moving Arakanese political culture.” Here, the word “moving” tries to codify the conduction of nationalist attitudes from north to south in Arakan State, especially over the past few years.

Does Ethnonationalism Alone Shape All Electoral Outcomes in Arakan?

It is not fair to say that Arakanese political parties can only win where the electorate is nationalised and loses where the electorate is not. Since Arakan is still a governed society lacking self-government (the right to elect their own government), nationalism determines the most important and prominent cases in the political sphere. However, for most people from the South, it is unreasonable to say they are non-nationalised; rather, saying less or differently nationalised is more justified. Asked how the ANP could win in the coming 2025 election, one university student (who was a first-time voter in this year’s election) from Gwa Township (where the NLD won in both 2015 and 2020) said:

Arakanese political leaders need to claim that they will not discriminate against the people from Gwa and stop saying that the people need to give tax to the AA [Arakan Army] if the ANP wins here. Then, it is also important to give a powerful position to a representative of the Gwa people in Arakanese political parties, and the ANP will also need to have a qualified candidate selection process. They cannot campaign with the Gwa people only by nationalist sentiment. For the people here, they are afraid of being scolded by the Northerners when they vote for the NLD or being discriminated against by those same people when they vote for ANP. So they choose rather to be scolded.

Another voter, this one from Thandwe township, said:

Thandwe and Gwa are the only two (and southernmost) townships where the ANP and other Arakan political parties lost to the NLD in all parliamentary chambers this election. Although most people try to explain the victory of the ANP in other southern areas like Ramree, Manaung and Taungup as being due to the rise of Arakanese nationalism, there were other factors, like NLD MPs’ and candidates’ weak performances, a power struggle among the local party members, and hostile public relations, according to two local voters from Taungup and Manaung townships, when asked why the NLD lost the elections there.

A Power Without Legitimacy to a Legitimate Power

Daw Aung San Suu Kyi’s charismatic and legal-rational legitimacy, in line with Max Weber’s framework, does not work in Arakan State despite it having a largely positive impact in most other parts of the country. Her image has been damaged in the Rakhine community for, among other reasons, her unilateral decisions regarding the Arakan State government’s installation, the arrest of the popular leader Dr. Aye Maung, and as a result of her stance in armed conflict issues with the Arakan Army. It is also safe to say that the NLD-installed, U Nyi Pu-led Arakan State government lacks both electoral and performance legitimacy. Looking at the previous outcomes, it is noteworthy that the NLD government alone could not adequately address the most important Arakan affairs, ranging frm questions concerning the Muslim community and the AA armed revolution to cases related to foreign direct investment (FDI), and so on.

Therefore, the first thing that the NLD government must do is the promotion of its performance legitimacy by means of allowing more power-sharing with local political actors and of more civic participation in the coming government’s term. Secondly, although the Arakan State government has no procedural accountability to the local parliament and population constitutionally, it is substantive accountability (a kind of accountability in which authority responds to public desire despite such a relationship not written into legal documents) that the NLD government needs to achieve in Arakan state. Thirdly, the NLD government needs to reshape its stand in the armed conflict with the Arakan Army to be a neutral actor while showing more sympathy for the civilian cost in terms of lives and property.

All three of these matters demand radical policy changes from the next NLD government, different from its approach during the current term. In short, the NLD’s 2020 election loss in Arakan showed its failing political process and demands changes for the future of Arakan politics.

About the Author: Kyaw Lynn is a post-graduate student mastering in political science at the University of Yangon, as well as a freelance political analyst. He is also one of the founders of the Institute for Peace and Governance (IPG).