What Do Key Stakeholders’ Recent Statements Portend for Post-2020 Myanmar? 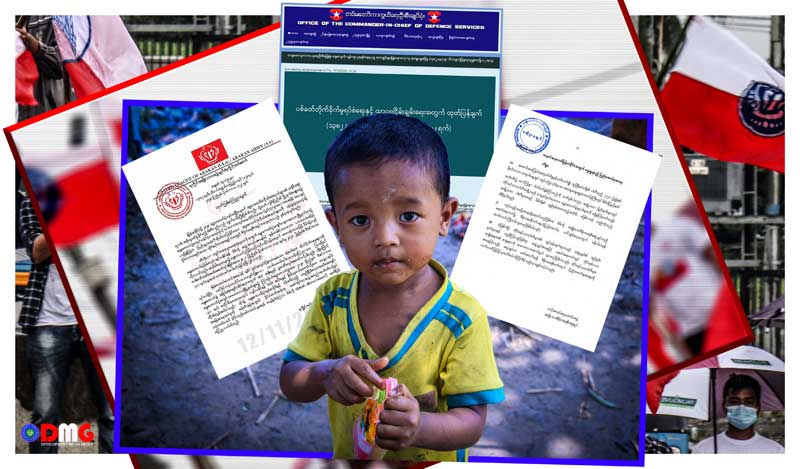 Myanmar’s third general election under the 2008 Constitution concluded successfully earlier this month despite the challenges presented by the COVID-19 pandemic. Defying the predictions of some political observers and analysts, the ruling National League for Democracy (NLD) essentially repeated its 2015 electoral victory, winning more than enough seats to form the next government alone.

The party secured 83% of seats up for grabs in voting on November 8. The outcome represents a historic victory for the NLD, and a clear indication of tremendous, continuing public support for the party.

The NLD won the majority of seats in both houses of the Union Parliament and in most sub-national legislatures. Of 330 elected seats in the Lower House, it secured 258 seats (while elections were not held for 15 of the 330 seats). In the Upper House, it won 138 out of 168 elected seats (with seven seats where elections were not held). The landslide means that military-appointed lawmakers, who constitutionally hold 25% of seats in the national legislature, will be the NLD’s only opposition voting bloc of real consequence in the upcoming Union Parliament session.

The NLD will have the final say in most matters, except for amending the military-drafted Constitution. Without the approval and cooperation of the military, it will continue to be difficult for the NLD to make any progress on critical issues like charter reform, the peace process and borderlands stability.

The NLD won the 2015 general election with its campaign promises to bring internal peace and national reconciliation, but the party could do little toward that end over the past five years. The country’s peace process, which was initiated under the administration of former President U Thein Sein, has appeared to lose momentum and civil-military relations have barely improved.

The NLD government organised the Union Peace Conference – 21st Century Panglong; the name was inspired by the Panglong Agreement, which NLD leader Daw Aung San Suu Kyi’s father General Aung San signed with ethnic leaders in 1947 as the basis for a future, independent Burma. The peace process under the NLD government has delivered some results, but it has so far failed to work out a framework for the future Union based on equality and federalism for all ethnic groups. And several ethnic armed groups are still refusing to sign the Nationwide Ceasefire Agreement (NCA).

Following fierce clashes between government troops and the Arakan Army (AA) around the end of 2019, the government designated the AA and its political wing, the United League of Arakan (ULA), as terrorist groups. It has imposed internet restrictions on the conflict zone for more than a year and kept silent about human rights violations against civilians in Arakan State. It has not bothered to intervene in the unlawful detention and killing of innocent Arakanese civilians, including hundreds of men, women and children killed or injured by artillery shellings.

The NLD failed to negotiate with ethnic political parties after it took office in 2016, and prohibited ethnic parties’ MPs from initiating discussions in Parliament on their political concerns and needs in ethnic areas. The Union Parliament was initially active and hosted lively discussions, but later, with declining trust between NLD MPs and their ethnic counterparts, Parliament became a rubber stamp. That is why many political analysts predicted that the NLD would not repeat its 2015 triumph with another landslide victory this year.

But the NLD did secure an overwhelming victory again, in the mainland as well as in most ethnic areas, despite the fact that ethnic political parties were expected to win more seats in areas of minority predominance. But the November 8 poll was not without controversy, notably the Union Election Commission’s decision to cancel voting in a majority of Arakan State’s constituencies and some townships in Shan State, where ethnic alternatives to the NLD would likely have had the upper hand.

In Myanmar’s peace process, the path of dialogue between the ethnic armed forces of the Northern Alliance, which have not yet signed the NCA with the government and the Tatmadaw, has not been evident for more than half of the government’s term. On November 9, the Tatmadaw announced the formation of a five-member peace negotiation committee to hold talks with ethnic armed groups. The Arakan Army (AA) issued a statement on November 12 urging the government and the Tatmadaw to hold by-elections in Arakan State by year’s end. Hours later, the Tatmadaw welcomed the AA statement, saying it would do its part to facilitate the holding of elections in the cancelled Arakan and Shan constituencies.

Also on November 12, the NLD penned an open letter to 48 ethnic political parties, inviting all addressed to join in efforts to establish a democratic, federal Union. The letter marked a new tack for the NLD, which following its 2015 election victory was criticised for neglecting outreach to ethnic political parties, whom Daw Aung San Suu Kyi’s party had vanquished in most races nationwide.

Fighting between the Tatmadaw and the Arakan Army has ceased since November 12, and it is believed that a level of trust is attainable between the Tatmadaw and the AA. The chairman of the Tatmadaw True News Information Team and the spokesman for the Arakan Army have both told the media that their respective sides have ceased fighting. Arakan State is a complex and troubled area to the point of global interest, and it is certain that the state’s issues will continue to present the next government with challenges beyond 2020.

Peace in Myanmar and the establishment of a democratic federal Union depend largely on the attitude of the Tatmadaw, and the authority of the military is even more important because it is enshrined under the 2008 Constitution.

The cessation of more than 70 years of civil war and enduring peace are goals that the vast majority of Myanmar aspires to. With its historic victories in back-to-back general elections, the public has clearly placed much responsibility for resolving the conflict in the NLD. But regardless of the size of the electoral mandate(s), the will of the Tatmadaw is more important, given that the removal of the military from Myanmar’s politics is not yet realistic. Therefore, negotiations between the Tatmadaw and the government are important, and peace talks and a ceasefire can only be successful if the military leads.

Only an honest dialogue on a development-oriented federal state can bring lasting peace to Myanmar. We envision a time when the country’s peace process involving the government, which has massive public support, and the Tatmadaw, which has equally formidable authority under the 2008 Constitution, should be shaped by action rather than competition with one another.

In the midst of the COVID-19 crisis and chronic poverty, Myanmar’s political future will be fraught, with issues such as the Muslim conflict in Arakan State drawing global pressure and straining prospects for achieving national unity. It is important for Myanmar to have a true nationwide ceasefire, and to get to work building a democratic federal Union based on lasting peace and equality. In the wake of recent statements by several crucial stakeholders, it remains to be seen how a federalism that guarantees peace, equality and self-determination might emerge, but it seems clear that the AA/ULA will be at the forefront of the conversation.