In Arakan, a Litany of Challenges for Peacebuilders and Policymakers in 2021 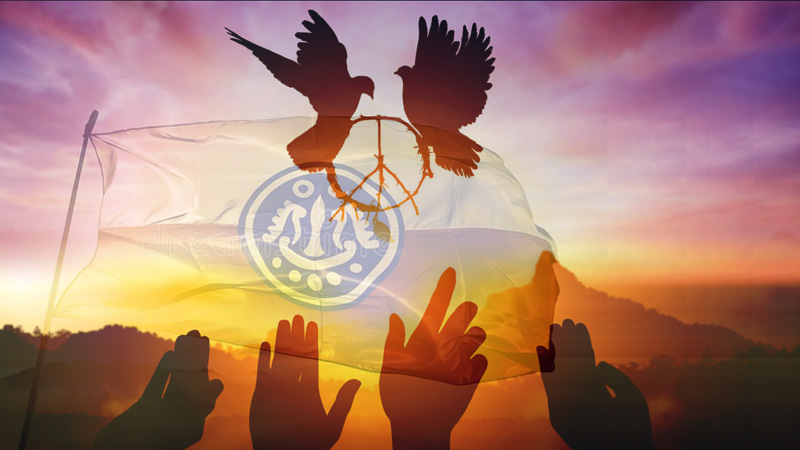 Arakan existed as an independent kingdom until it was conquered by the Burmans in 1784. Forty years later, it was annexed by the British and administered as a state of British India. Since Burma was granted independence in 1948, Arakan has been under the central rule of successive Burmese regimes, all of which have ignored or actively suppressed Arakanese calls for meaningful political participation in the spirit of self-determination.

Decades of military dictatorship and economic mismanagement have impoverished Myanmar, of which Arakan State is among the poorest of regions. Under the present Aung San Suu Kyi-led National League for Democracy (NLD) government, Arakan State remains the second poorest, lagging in such crucial areas as education, healthcare, and overall socioeconomic development. Scarcity of employment opportunities in the state has caused outward migration of a significant portion of the working age population into big cities like Yangon and neighbouring countries such as China and Thailand.

Successive military governments have extracted natural resources from the Arakan region but have neglected the development needs of the Arakanese (Rakhine) people, who nonetheless continue to be subjected to the side-effects (or perhaps intended consequences) of so-called development projects. Over-exploitation of natural resources has left a discernible impact on the region’s ecosystem; mangrove forests are being depleted and fish stocks are at an all-time low, among other troubling ecological indicators. All this leaves the region, which is naturally prone to cyclones and flooding, highly vulnerable to the vagaries of climate change.

Arakanese people have had little say in the ongoing projects, such as the Shwe gas pipeline, which exports natural gas from the coast of Arakan to China, the Kyaukphyu Special Economic Zone (SEZ), and the India-sponsored Kaladan Multi-Modal Transit Transport Project. On the other hand, socioeconomic needs such as 24-hour electricity supply, access to quality education and healthcare, and decent roads and other transport infrastructure, remain unmet in many parts of Arakan State.

Arakan State used to have strong levels of activism around a plethora of government projects, but these movements are now largely extinct. A plausible reason for this is that the previous Thein Sein government deliberately defused opposition to its projects using attention-diverting strategies. The previous administration, it could be argued, intentionally failed to stop the outbreak of communal violence in Arakan State from spiralling out of control in 2012. In fact, as it later emerged, there was collusion from state security forces in the conflict.

The timing of the conflict was also cause for suspicion. It was a time when there were strong popular demands for 24-hour electricity supply, and for putting a stop to the Shwe gas project. Opposition to the construction of the deep-sea port at Kyaukphyu was building, and other human rights causes were also gaining traction. The government seemed to have feared that projects in Arakan State would face the same fate as the Myitsone dam in Kachin State, which the Thein Sein government put on hold in a bow to popular pressure. Creating conflict in Arakan State was the perfect solution for a government seeking to divert people’s attention away from all these projects. Looking back, it worked with disastrous consequences for people in Arakan. As the violence escalated, the government stood by, with the military looking the other way. Had it been an anti-government protest, rest assured they would have spared no effort to stop it swiftly.

The inter-communal violence, which broke out first and most dramatically in 2012 and occasionally with less ferocity in the years that followed, exacerbated what was already an impoverished state. Under the current NLD government, Arakan State continues to witness instability and conflict. October 2016 saw ARSA (Arakan Rohingya Salvation Army) attacks on security outposts along the Myanmar-Bangladesh border, making the local population flee those areas. Less than a year later, ARSA carried out coordinated attacks on 30 border guard posts, which provided ostensible justification for the military to carry out disproportionate “clearance operations” that resulted in a mass exodus of hundreds of thousands of Muslims from Arakan State to the Bangladeshi side of the border.

Making matters worse, there has been renewed fighting between the military and Arakan Army (AA) since December 2018. Following AA attacks on border police outposts on January 4, 2019, the Myanmar government held an emergency meeting that included State Counsellor Daw Aung San Suu Kyi, President U Win Myint and Senior-General Min Aung Hlaing. Following the meeting, President Office spokesperson U Zaw Htay warned the Arakanese people not to support AA, which many Arakanese considered to be an unjustified ultimatum. These incidents have undermined relations between Bamars and Arakanese (Rakhines); there has been a growing war of words on Facebook, which if left unchecked could potentially foment unrest and instigate Bamar-Rakhine violence. News that the State Counsellor had instructed the military to “crush” the AA subsequently caused rising levels of vitriolic language on Facebook among Bamars and Rakhines. Since January 2019, a significant number of Arakanese working in other parts of Myanmar have started returning to Arakan for fear of a Bamar-Rakhine clash. This has had adverse effects on their incomes, and on the welfare of the families they financially support.

Another development making the situation in Arakan worse is the government’s designation of the AA as a terrorist group on March 23, 2020, positioning it for much harsher treatment than other ethnic armed organisations. In so doing, the NLD government has not only legalised but also legitimised the actions of the military in Arakan State, which the international community has suggested could amount to war crimes. That has including an alarming civilian death toll, allegations of torture, and mass arrests becoming routine for the Tatmadaw. Under the circumstances, the AA has gained much support among the Arakanese people. Designating the AA as an unlawful association and terrorist group has thus damaged prospects for national reconciliation and negatively affected relations between Arakanese people and the government. With this in mind, the government should rescind its declaration against the AA, cease hostilities and immediately commence peace negotiations.

Moreover, the prominent Arakanese politician Dr. Aye Maung and the writer Wai Hun Aung were each given 20-year sentences after a court found them guilty of high treason and incitement in March 2019. In any democracy worth its name, the “crimes” for which the duo have been punished would have been shrugged off as an example of citizens exercising their freedom of speech. All they did was speak their minds in public.

Arguably the most far-reaching affront has been the government’s throttling of internet access for many of Arakan State’s people, with “security reasons” cited as ostensible justification. It is local populations who are bearing the brunt of the armed conflict. Currently, there are almost 200,000 internally displaced people (IDPs) who are struggling to make a living, having been forced to flee their homes and livelihoods. Without access to the internet, local populations are finding it increasingly difficult to exercise rights including the right to humanitarian assistance, healthcare, education and economic opportunity.

The people of Myanmar are also in a state of anxiety due to the COVID-19 pandemic. A durable, formal ceasefire will save lives, allowing all sides to focus on fighting the coronavirus. It could be an important step toward fostering goodwill between the people and the powers that be. Otherwise, the status quo will continue to fuel Myanmar’s seven-decades-long civil war.

Since independence, due to the physical distance from Burma proper and state-sanctioned discrimination, the people of Arakan have been denied equal opportunity to access quality education. Civic education fell by the wayside, and political suppression under successive military governments made it almost impossible to undertake public awareness training outside the formal classroom. Low levels of education, limited exposure to ideas and practices from the outside world, and insecurities of all kinds are today presenting major challenges to building peace in the region. There is an urgent need to report on and address all the major issues outlined above so that we can start reversing the spirals of violence, political instability and poverty that have too long plagued Arakan.

About the author: Aung Marm Oo is the Editor-in-Chief and Executive Director of Development Media Group (DMG). He has been in hiding for 21 months, since he was charged under the Unlawful Associations Act by the Myanmar military’s Special Branch police on May 1, 2019.