Can the ANP Restore a Political Reputation in Decline? 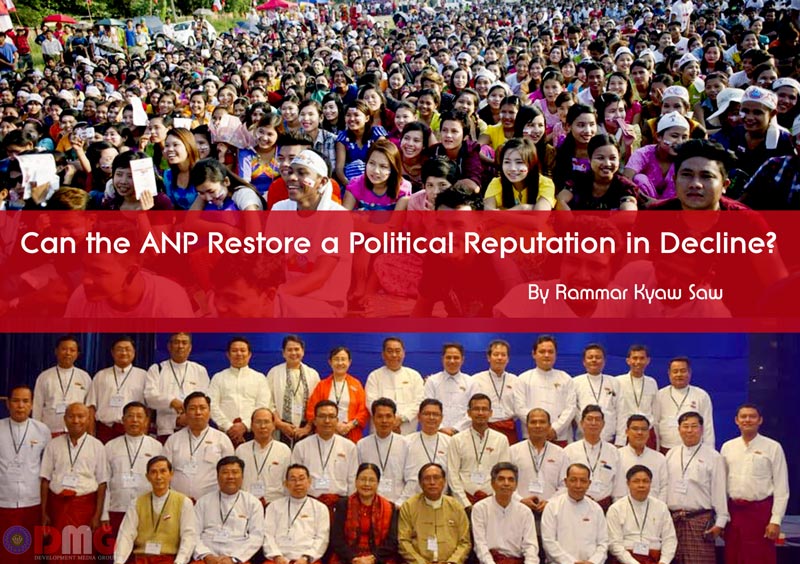 Regardless of the nature of the affiliation, the ANP has a recent history of participating in the activities undertaken by the Tatmadaw’s State Administration Council since the coup. This is an undeniable fact.

It is unlikely that the party’s highest authority was unaware of this. If Daw Aye Nu Sein did not petition the ANP’s policy steering committee before joining the State Administration Council, it would have been her fault.

The policy steering committee, which includes veteran politicians who have gone through a difficult period of political turmoil, must also consider whether the decision to join the military’s State Administration Council is a departure from their tenets.

The Right to Criticise

I do not like the fact that Daw Aye Nu Sein is on the military’s State Administration Council, even if for the benefit of the Arakanese people. From the era of parliamentary democracy when U Nu served as prime minister until today, no ethnic group, including the Arakanese people, has fully enjoyed equal human rights and democracy. Even under a democratically elected government, human rights have been violated and equal rights have not been achieved, so looking for human rights and democracy from this coup regime is like looking for an oasis in the desert.

The strength of the Arakan National Party to this day can be attributed to the student and youth forces that have entered the political revolution since 1988. Most of the party members, who are now in middle age, are from that revolutionary political arena.

There are many people in the ANP who have witnessed how successive junta regimes have been, and have rebelled in various ways. They did not engage in party politics during the junta’s rule, but fought in various ways, and in the open era, they worked hard for nationalism. We need to be strong in politics and adhere to party policies.

The ANP’s top leaders have ignored the criticism that the merger with the military would be counterproductive and would only tarnish the party’s image. Due to these factors, the student youth movement has become involved and some members of the party have resigned. If the party wants to revive public support, it will have to give more space to middle-aged and young people who are more ideologically active and have a consistent attitude and stance.

The Importance of Youth

One of the most important tasks of a political party is to nurture young people. We must create a future political generation. The ANP is the strongest youth party in Arakanese politics. There was a lot of campaigning throughout the election. However, there is not much involvement in party criticism today. I think the voices of young people are silent.

In any case, I think the new generation of young people who will play a leading role in Arakanese politics in the future should also express their views. If there is anything to criticise within the party, it should be openly pointed out to the public. Only then will the position of future leaders change. It will be up to the public to decide whether they can be trusted.

The people welcome and support the termination of ties with the military council. However, the party has been stigmatised over the past three months as a result of the military council’s crackdown on protesters, the dismissal of Civil Disobedience Movement (CDM) staff, and human rights abuses.

Because people are fallible, the party may make wrong decisions. So how do we rebuild the party? To be sure, top party leaders have not yet admitted that it was wrong to allow Daw Aye Nu Sein to be a member of the State Administration Council. Daw Aye Nu Sein said that she had been tied to the military council because she wanted to promote the interests of Arakan State. The demand for cabinet posts in Arakan, Yangon and Ayeyawady governments, including the chairmanship of the Arakan State Administration Council, raises questions about the interests of the Arakanese nationalist party.