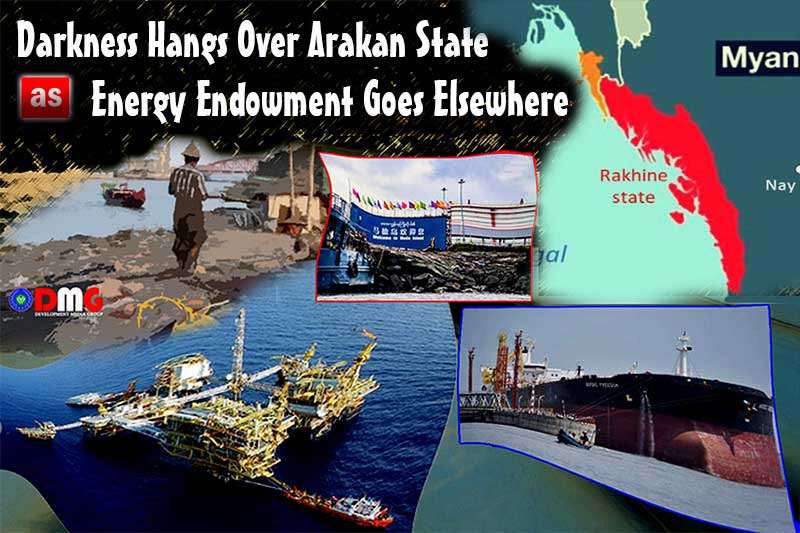 More than one year after the military coup, Myanmar’s people are going through dark days again in both a metaphorical and literal sense, with electricity blackouts having become a daily occurrence across the country.

Because Myanmar achieved a certain level of development over the course of a decade of democratisation, much of the urban population has come to rely on electricity for their livelihoods. The current electricity crisis is, therefore, having a devastating effect. Power outages are having a serious impact on individual incomes and business operations alike.

In the early days of these frequent and prolonged blackouts, the regime blamed the anti-junta People’s Defence Force (PDF). The junta cited damage that PDF forces had allegedly inflicted on Myanmar’s network of power lines and other electricity infrastructure. A decline in hydropower production resulting from low water levels in the rivers and reservoirs that power the country’s hydroelectric dams was also to blame, the military government said.

A frustrated public rightfully wants solutions, not excuses. And under the circumstances, problem-solving minds are right to look at the country’s energy production — and by extension, its substantial energy exports.

Even after the coup, natural gas remains one of the major sources of income for Myanmar. Natural gas exports accounted for 20 percent of the country’s total exports in fiscal year 2018-19. In Myanmar, natural gas is mainly produced from sources off the coasts of Tanintharyi Region and Arakan State.

Gas from Tanintharyi Region is sold to Thailand via the Yadanar, Ye Tagun and Zawtika gas projects, supplying 20 percent of the total electricity demand in Thailand. Gas from Arakan State is sold to China via the Shwe gas project.

Myanmar is expected to earn US$1.5 billion from its natural gas exports in 2022, including from the Shwe gas field off the coast of Arakan State. Nearly 10 years after the Shwe project came online, Arakanese people have yet to receive any real benefit from the gas sales.

In total, there are at least 25 oil and gas fields in Arakan State — two of them onshore and 23 offshore. Two fields are currently operational, and exploration for new fields is permitted.

But since the coup, there has been a declining number of foreign companies willing to participate in the extraction of Myanmar’s natural resources. In response to the violence and human rights abuses committed by the Myanmar junta against its people, the French firm Total Energies and US company Chevron said in January that they would pull out of Myanmar.

The oil and gas sector is one of Myanmar’s largest sources of foreign revenue. The departure of the two energy giants will mean a significant loss of tax revenue for the regime, but there are dozens of other fields off the Myanmar coast, and the regime will no doubt exploit those fields with or without the involvement of Western multinationals.

Since fighting first broke out between Myanmar’s military and the Arakan Army in late 2018, more than 4,000 clashes took place before the two sides were able to reach an unofficial ceasefire in November 2020. When Myanmar’s military seized power in a coup on February 1, 2021, protests erupted across the country. But Arakan State, ravaged by the 2018-2020 fighting, has not been a significant part of the anti-coup movement.

Arakan State’s relative stability in the post-coup period, combined with the junta’s need for new revenue streams, will likely lead to renewed interest in tapping the state’s oil and gas potential. If and when it does, and as negotiations with foreign energy companies get underway, it will be important to assert the Arakan people’s ownership of these resources. Both the Arakan Army and the Arakan public must make their voices heard in this endeavour.

Arakan State remains one of the poorest states in Myanmar despite its wealth of natural resources and strategic location as an access point to the Indian Ocean.

The State of Play

Ethnic armed organisations and other anti-regime resistance groups have a variety of different political objectives. Meanwhile, it is very unlikely that Myanmar’s military can completely defeat the resistance fighters, and vice versa. It is also possible that the regime will hold an election next year, as it has pledged, and install a puppet government so that it can try to move beyond the coup and claim to be ruling via a democratic process.

These are a few of the important dynamics at play over the short- to medium-term, and in order for Arakan State to be in a better place in five or 10 years’ time than it is today, its people and leaders will need to deftly navigate this political terrain.

The AA should prepare for possible confrontation with Myanmar’s military in the process of building a self-determinative Arakan State. There is also an urgent need for a firm and principled policy when it comes to foreign investment and resources being extracted from Arakan State.

Natural gas is a crucial source of income for the military regime and for the development of the future Arakan State. Unless and until Arakan State’s people have control over their natural resources, the state will continue to lose its wealth and potential prosperity to the so-called Union.