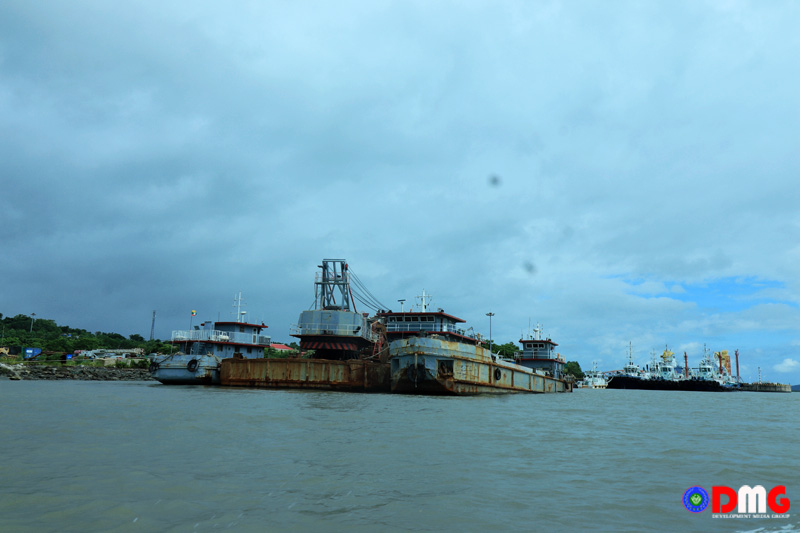 The port project is designed to provide Beijing with direct access to the Indian Ocean, allowing its maritime trade to bypass the congested Strait of Malacca while boosting development in its landlocked Yunnan Province, which borders Myanmar to the north.

The BRI would sew together infrastructure projects across more than 70 countries, and China has held three BRI forums with participating countries in its capital Beijing.

China’s efforts to expedite implementation of the long-delayed project in Kyaukphyu comes at a time when the Myanmar military faces armed resistance in many parts of the country due to its coup last year. People have been suffering from growing inflation and poverty due to the regime’s mismanagement, coupled with economic sanctions from Western countries targeting the regime. While the Kyaukphyu deep-sea port project is crucial for China, it is also expected to bring huge financial benefits for Myanmar. Kyaukphyu is also the site where the Sino-Myanmar pipelines originate. Apart from those projects, gas-fired power plants with a combined capacity of around 300 megawatts are also being built in Kyaukphyu.

The project will include two deep-sea ports covering 643.88 acres of land, as well as a bridge linking Maday Island and Ramree Island, and a railroad and road linking Mandalay and Kyaukphyu. The deep-sea port is estimated to cost US$7 billion, and will be implemented in three phases. In the first phase, a deep-sea port will be built on Maday Island at a cost of US$1.3 billion.

Junta officials and some local businessmen have boasted that the project will create many job opportunities for locals. Many Kyaukphyu residents are still confused about what the project in its totality will entail. A number of local residents in the project area are not happy with the project, but dare not publicly raise objections and express their concerns.

The existing projects have long affected the livelihoods of local fishermen, as fishing has been banned in large swaths of the waters around the project area. Fish stocks are said to have declined due to the projects as well. The majority of fishermen on Maday Island have said they are being forced to give up their fisheries. But apart from fishing, many have no other skills by which to make a living. China National Petroleum Co has promised locals job opportunities and touted the benefits of the project for regional development. In reality, locals have received few jobs, and are not even allowed to pass near the factories compound, said Maday residents.

Despite continuous demands from locals for more regional development work, there are many places on the island where mobile networks are not available.

Maday Island is made up of four villages with more than 700 houses, over 760 families and some 3,000 people. Almost all of the households engage in fishing for their livelihoods in the area earmarked for the deep-sea port.

The Thanzit River, which will also be impacted by the deep-sea port, is the source of livelihoods for hundreds more fishing households from Kyaukphyu town. Villages along Thanzit River rely on the river for their livelihoods too.

Many water works along the Thanzit River will be destroyed due to the deep-sea port project to be built, and it is necessary for those responsible to prepare for this and for the local fishermen to be prepared. There were numerous land problems in the previous twin pipelines project that ended at Kyaukphyu, but there was no accountability for the Chinese investment and no respect for local people’s rights. Local people therefore, understandably, view Chinese projects with deep scepticism. 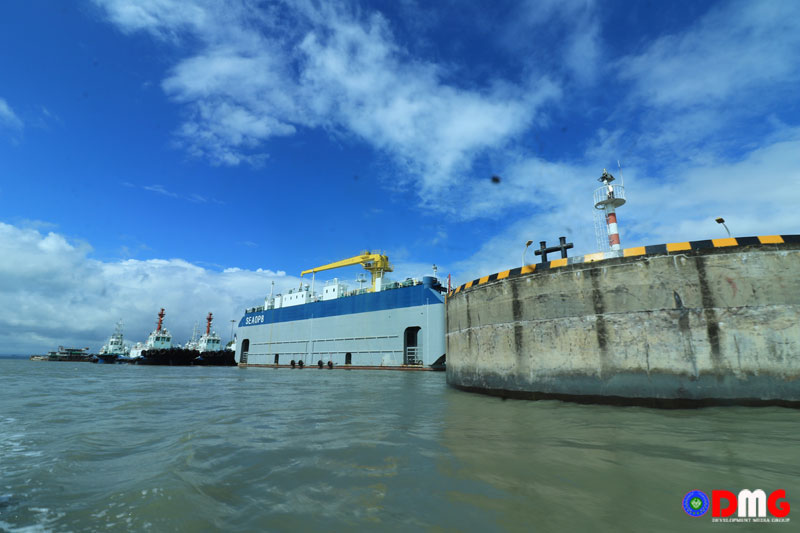 CITIC, the company that won the tender to build the deep-sea port, cooperated with local businessmen and offered incentives that it hoped would make the public happy, and it was seen that they were providing vocational training courses to locals. After the construction of this project on Maday Island, it will make it very difficult for the local people to live on the island, and the livelihoods of those who rely on the Thanzit River will be gravely imperilled.

The Arakan National Party (ANP) was among the first to welcome this Kyaukphyu deep-sea port project. I think you will remember that at that time, Dr. Aye Maung, then chairman of the ANP, publicly welcomed this project in the media. As a result of this project, roads and railways will appear, and he said that Kyaukphyu would be able to utilise these transportation links to trade all over the world.

According to the 2008 Constitution, Myanmar’s states and regions are not allowed to share the profits of resources extracted from their territories, nor are they given the right to make any political decisions. From 2013 to today, the value of natural gas exported from Arakan State’s Kyaukphyu Township is estimated to be between US$1 billion and US$1.5 billion per year. There are up to four natural gas pipelines exporting from Myanmar, and the gas pipeline from Arakan State exports the most. According to research conducted by the Extractive Industries Transparency Initiative (EITI), Myanmar’s natural gas sales increased from US$1.5 billion in the fiscal year 2017-18 to US$3.1 billion in the financial year 2021-22. The extraction and sale of natural gas is a big money pit for the military council that has seized the reins of power in Myanmar.

Under the 2008 Constitution, the resources extracted from Arakan State do not sufficiently benefit Arakanese people. At this time, allowing the extraction of resources in Arakan State without self-determination, and accepting large-scale projects at the developers’ word, are unacceptable practices. Arakan State, which is being over-exploited for its natural resources, remains mired in poverty, and the Kyaukphyu Special Economic Zone and deep-sea port project so far seems only to be exacerbating conflict and destitution among local communities.