Humanity must prevail over politics 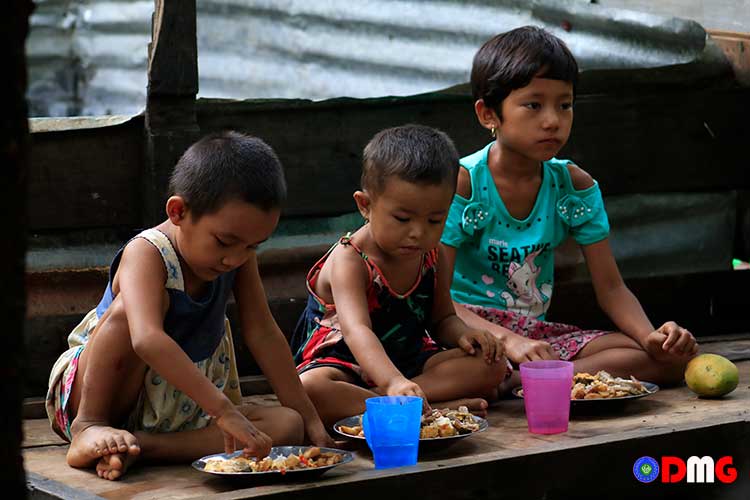 The armed conflict between the Tatmadaw and the Arakan Army in Arakan State started early December last year; it has already been a year now.

The fighting between them has forced locals to take shelter in refugee camps. Those who are staying in war affected areas have been facing difficulties getting food and medicine.

The total number of war refuges has now reached 93,300 in Arakan State. The number of IDPs at refugee camps is 29,242 and the number of displaced people who are living outside camps and relatives’ homes is 64,058.

Among them, 27,000 are students, who are called the future leaders of the country, but now their future is quite bleak.

The government provides K300 for each refugee for a day, but it is not enough for a person’s daily expenses. Meanwhile the International Committee of the Red Cross (ICRC) and World Food Programme (WFP) provide humanitarian aid in limited amount and only with permission from regional authorities.

Some Arakan based CSOs have also faced setbacks providing aid for war refugees because they have to apply for permits to collect charity money and show authorities collected money and items to donate for IDPs.

The Arakan State government has vowed to provide IDPs with shelter before rainy season, but they cannot be resettled in seven refugee camps the government built in Ponnagyun, Rathedaung, Mrauk-U, Minbya, Buthidaung and Kyauktaw Townships.

The government’s Internet ban in four war affected townships: Ponnagyun, Kyauktaw, Mrauk-U and Minbya is yet another setback that has stymied the delivery of much needed relief aid to IDPs and refugees.

If the government lifts the Internet ban, charity groups can know the needs of IDPs in real time so that they could provide aid efficiently and effectively.

Since this is in winter, IDPs are in dire need of warm clothes, blankets and shelter. Short-term and long-term plans are required for IDPs’ mental and physical security, education and health care.

The Tatmadaw has now announced that it would broaden the scope of military operations in the region. Meanwhile, the Arakan Army has started attacking some military columns as an anticipatory action. This could widen the theater of military operations and boost the number of war refugees in addition to ramping up the amount of collateral damage that is an unwanted byproduct of hostilities.