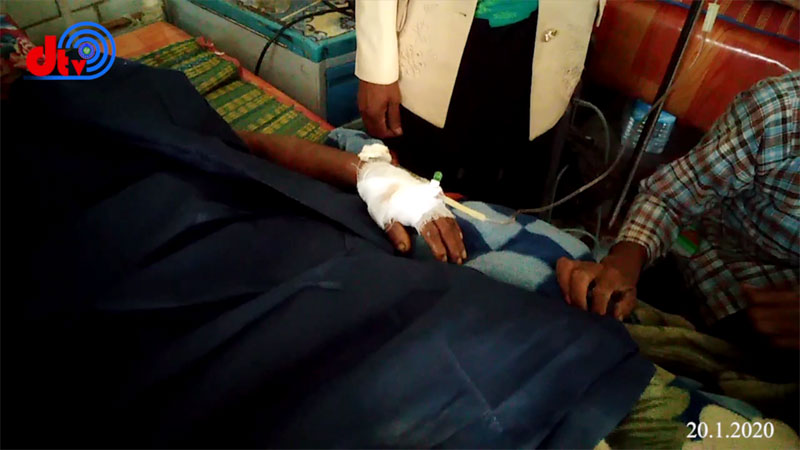 One explosion occurred as a family was heading to a hill northeast of Shwe Kyan village in Minbya Township at about 10 a.m. on January 19, according to village administrator U Nyo Maung Thein.

“They stepped on an explosive remnant of war while they were going to a forest to cut firewood. There was fighting in August and September in that area [last year],” U Nyo Maung Thein said.

Eight people were injured in the blast, including two 12-year-olds and a 13-year-old.

“Seven of the eight people have severe injuries,” U Nyo Maung Thein said.

In the explosion’s aftermath, finger-pointing began.

“The landmine that detonated yesterday was laid by the Burma Army. It is stationed in the area. It has always laid landmines at any places where they are stationed,” AA spokesperson Khaing Thukha said in response to the Tatmadaw statement about the incident.

A similar case was reported on the same day in Bodedaw village, Ponnagyun Township, where U Thar Tun Hla, 40, stepped on a landmine and lost his leg on his way to a hill on the village outskirts to cut firewood.