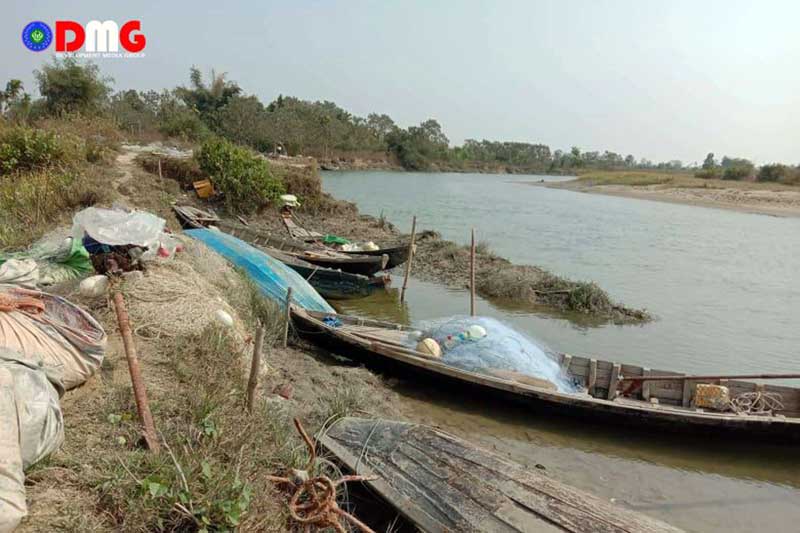 With authorities citing security concerns to justify a fishing ban in Maungdaw Township’s Kaing Gyi village that has been in place since June 2019, fishermen there are struggling to make ends meet, locals said.

Despite villagers from Kaing Gyi village having successfully adapted for a time — taking their fishing tackle to the nearby Tone Chaung Wa Sea — they now face renewed difficulties as a border guard outpost near Tone Chaung Wa has also prohibited fishing there, said local U Aung Hla Sein.

“We are not allowed to fish. That border guard outpost has barred us from fishing,” he said.

Another villager said border guard members shot at them while they were fishing.
“They fire at us when we get near them,” said local Ko Thein Win. “They said not to come near their outpost. We don’t know where we have to go to get approval to fish. So, we’ve submitted a letter to the Fisheries Department.”

Currently, although the District Department of Fisheries has permitted 10 fishing boats and 18 fishermen from Kaing Gyi village to fish, they can fish only when they get permission from the district-level General Administration Department.

Maungdaw District administrator U Soe Aung said fishing may be banned sometimes due to security concerns but he insisted that if would-be anglers report to the District Administrator’s Office, they will be allowed to fish.