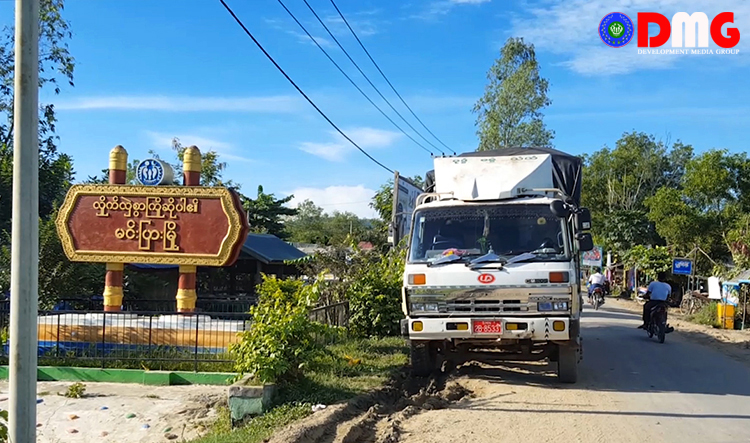 Three civilians were reportedly hit by stray bullets as hostilities erupted between the Tatmadaw and Arakan Army near Rar Maung Bridge in Arakan State’s Minbya Township on February 14.

“We were sitting near an archway to Annthar village upon returning from Minbya after buying some items when the armed clash erupted. I suddenly stood up when I saw the dust and my head was hit by a bullet,” said 67-year-old U Maung Nyein.

Of the three men hit by gunfire at about 9 a.m. on Friday, 60-year-old U Kyar Tun Aung was shot in the chest and his condition is considered life-threatening. He was transferred to Sittwe General Hospital due to the severity of his injuries, while U Maung Nyein and the third man, U Than Gyaung, 59, received medical treatment at the hospital in Minbya, said Dr. Saw Myat Tun.

“He sustained a severe injury to his chest. I think it may be a gunshot wound but I am not sure. So we decided to send the injured man to Sittwe’s hospital,” Dr. Saw Myat Tun added.

The fighting near Rar Maung Bridge led to the temporary suspension of operations for some passenger buses commuting between Yangon and Sittwe, as well as ferry boats, according to local people.

The number of civilian casualties resulting from conflict between the Tatmadaw and Arakan Army in Arakan State over the past year has risen to more than 130 deaths and 360 wounded, according to data compiled by the Arakan Students Union (Universities-Yangon).