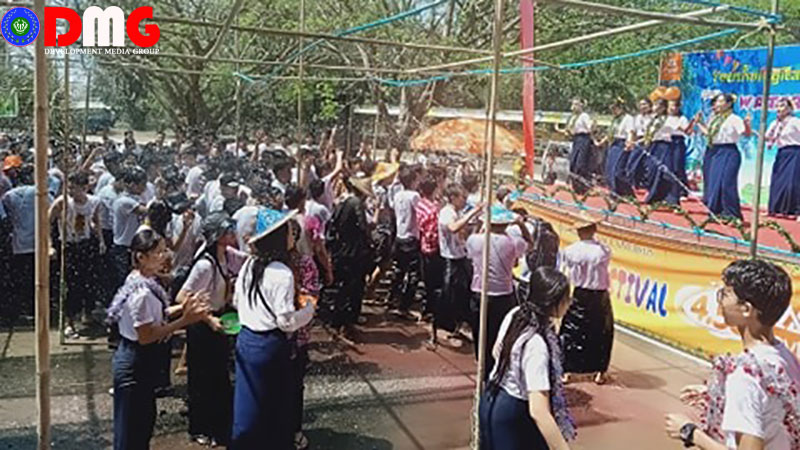 The Technological University in Sittwe, Arakan State, held its annual Water Festival on March 10, with the pre-Thingyan celebration offering a welcome contrast to the conflict that has dominated regional headlines in recent months.

The festival is held on the university campus with the aim of forming bonds of friendship among students, said the assistant secretary of the university’s student union, Ko Khaing Soe Lin.

“This is a pre-Thingyan festival for students before sitting our final exam, which will start on March 19. All universities throughout Myanmar hold the festival,” he said.

Traditional Arakanese Thingyan festivities, which are held every April, will not take place this year in several parts of the state due to fighting between the Tatmadaw and Arakan Army, making the university water festival the last chance for many students to mark the holiday with fanfare.

Ko Min Thant Zin, a student of the Technological University in Sittwe, said he hoped university administrators would continue to hold the annual Water Festival, describing it as a happy occasion that fostered a sense of unity among the student body.

There are about 600 students enrolled at the Sittwe Technological University, with many participating in festivities on Tuesday that included food donations.