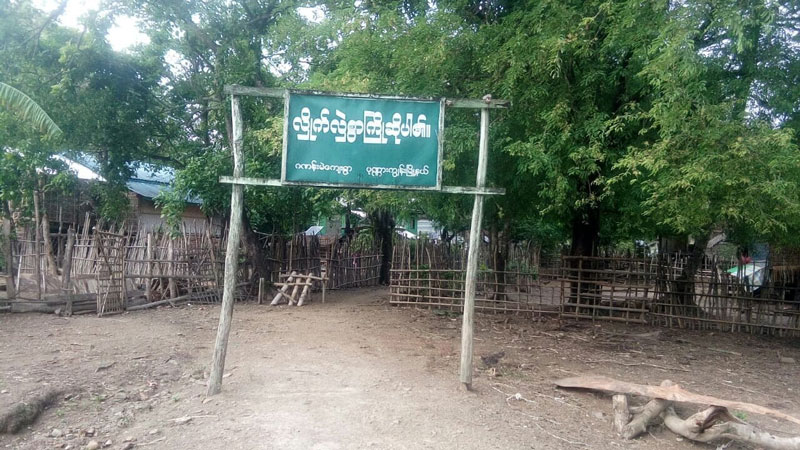 A man who suffered from heart disease died of cardiac arrest after hearing artillery shell blasts near Gananmae village in Ponnagyun Township, Arakan State, on April 11.

U Maung Thar Kyaw, 55, from Gananmae village died as the sound of the explosions emanated from a valley located west of the village at about 7 p.m., said U Ingar Aung, the man’s younger brother.

U Maung Thar Kyaw’s body was cremated on April 12, according to family members of the deceased.

Gananmae villagers remain worried that artillery shells might land in their village as heavy weapons fire has been heard continually in recent days coming from nearby locations in Ponnagyun and neighbouring Sittwe townships.

“It has been over a week. Villagers cannot stand the sounds of firing artillery shells and conducting airstrikes,” said U Tun Maung, the Pyithu Hluttaw MP for Ponnagyun Township. “It is worse for those who have diseases. It has caused forest fires and done harm to livestock also.”

An artillery shell landed in Gananmae village as fighting flared near the village in June 2019, killing one villager and injuring three others.

Across Ponnagyun Township, there have been reports of artillery shells landing in villages and on farmlands due to clashes between the Tatmadaw and the Arakan Army (AA), resulting in casualties and damage to property and crops.