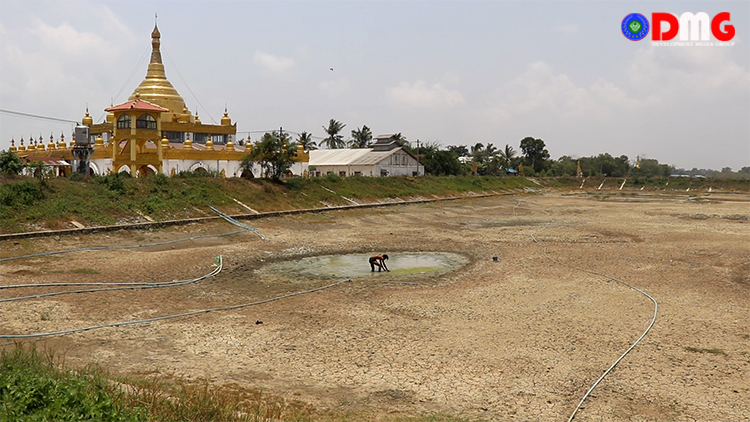 “More than 40,000 gallons of water have been distributed in the eight townships,” he said.

Kyay Daw Pike Sate village in Sittwe Township is comprised of 2500 people living in about 240 houses, it is one of the villages facing water shortage because three out of four wells are dry while the fourth well is almost dry.

“In the summer, we face water shortages and we had to fetch water from other villages, this action wastes our time. We could not cook our food in a timely fashion,” said Daw Oo Than Hmone from Kyay Daw Pike Sate village.

According to NASA’s calculations, between the years of 2011 and 2040 temperatures during the summer might increase up to 1.2 degrees centigrade in Myanmar and it is likely to surge to 38.3 degree centigrade in coastal areas due to climate change.

Currently water shortages begin to occur earlier year after year and locals have to waste their time to get water.

The Department of Rural Development has to spend more money to access water for villagers when water scarcities break out earlier than normal.

Environmental conservation should be conducted and it takes time to reduce water shortages, the Myanmar Climate Change Alliance said.