A growing season of fear for farmers in Arakan State 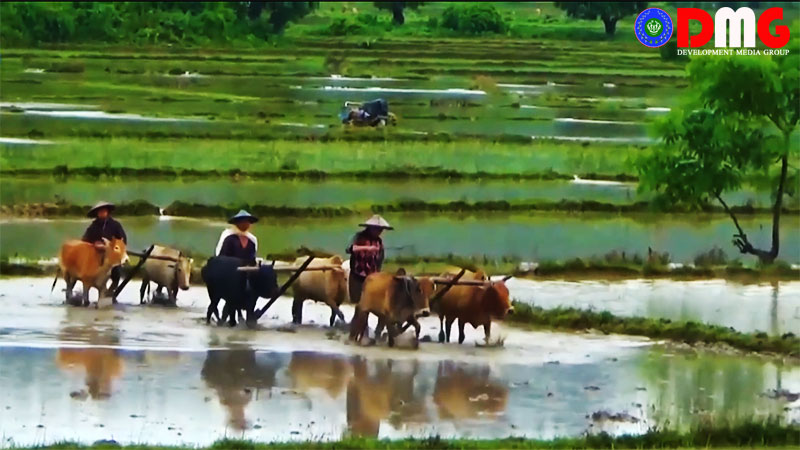 Farmers in Arakan State are expressing concern about their ability to safely grow crops in war-torn parts of the state, as regular clashes continue to kill, injure and displace civilians.

U Khaing Phoe, a farmer from Apaukwa village in Kyauktaw Township, said he and his peers have begun ploughing, but frequently leave their fields for safer locations when military columns are in the vicinity.

“We have to work in a state of alarm,” he said.

U Maung Thein Hla, from Tinhteinkan village in Mrauk-U Township, said farmers there are worried about the risks to life and limb that armed conflict between the Tatmadaw and the Arakan Army has injected into previously safe cultivation practices.

Despite the dangers, ploughing has been taking place in Myebon, Kyauktaw, Minbya, Rathedaung and Mrauk-U townships since the first week of June, according to farmers.

U Kyaw Zan, chair of the Arakan State Farmers’ Union, said: “The union has sent complaint letters to the Arakan State Parliament and relevant ministries about the farmers’ concerns. The union has to think about it in advance as the farmers have had similar experiences in previous years. The government and the parliament replied that they have prepared for such problems.”

According to figures from the Arakan State Farmers’ Union, there were about 50,000 acres of farmlands in war-affected parts of Arakan State where crops were not planted or harvested last season due to conflict. Farmers expect that number to rise this year.