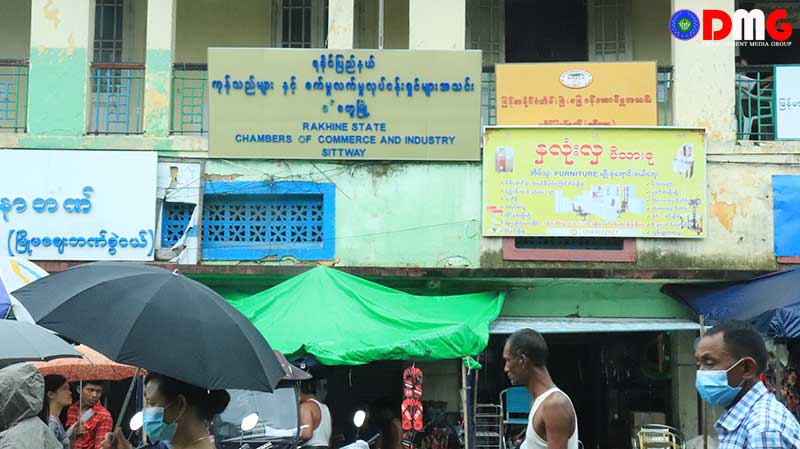 About 400 odd-job workers are facing financial hardship after the Arakan State government suspended operations at a border trade camp in the capital Sittwe, according to the labourers.

“I fell into debt because I borrowed money from others for food. The government has laid out plans to begin the reopening of schools. I am worried that I can’t send my children to school. I want business to return to normal,” said Daw Oo Nyunt Sein, who has earned her living as a daily wage labourer at the Sittwe trade facility for 20 years.

Workers are experiencing livelihood difficulties with the trade camp temporarily shuttered and are struggling to get jobs elsewhere amid the economic uncertainty brought on by the pandemic, said U Kan Gyi, manager of the border trade camp.

“We became jobless since one month ago, so we face hardships. We don’t have income. It is very hard to get a job for the time being due to the coronavirus outbreak. It is impossible to get a new job,” he explained.

In June, bilateral border trade with Bangladesh was suspended after a man returning to Sittwe from Bangladesh via a trade ship tested positive for COVID-19.

Twelve patients have so far reported positive for COVID-19 in Arakan State: one each in Sittwe, Taungup and Thandwe townships, seven in Maungdaw Township and two in Buthidaung Township.

Seven of the cases — one in Sittwe, four in Maungdaw and two in Buthidaung — are currently receiving medical treatment at local hospitals, with the other five having recovered and been discharged.