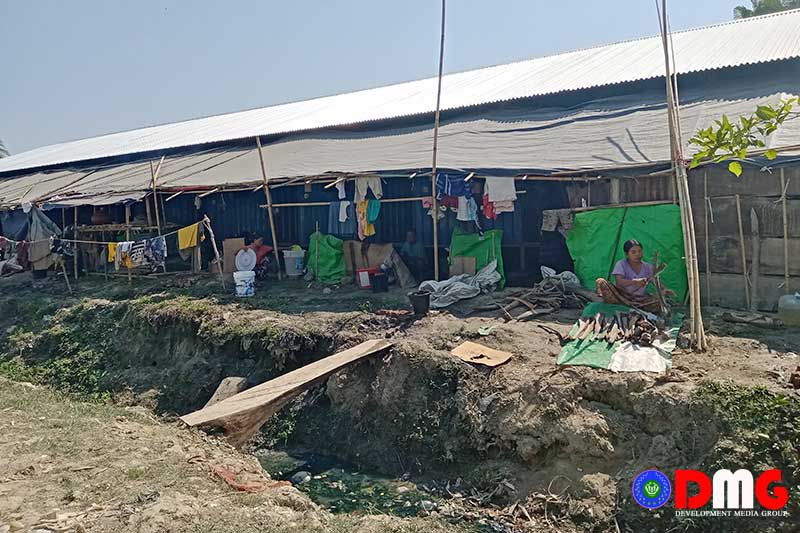 Voter lists for people living at displacement camps not officially recognised by the government in Arakan State will be announced at their host townships’ election sub-commission offices, the Arakan State Election Sub-Commission has said.

Since IDP camps exist in every Arakan State township, collecting voter data at the camps is a difficult task, said U Thurein Htut, secretary of the Arakan State Election Sub-Commission. However, the product of those endeavours — the lists of eligible voters — will be posted at each township’s election sub-commission office, he told DMG.

“We do not know how many people from which village are staying at which IDP camp. So, we will post voter lists at the township sub-commission offices for villages from whence people came who are taking shelter at different IDP camps,” U Thurein Htut said.

For IDP camps that are officially recognised by the government, he said voter lists will be posted at the camps as the data on inhabitants is considered to be more complete and precise.

The Union Election Commission has said voter lists will be released nationwide on July 25, with the general election slated for November 8.

According to the Arakan State Election Sub-Commission, there will be 2,600 polling booths for more than 1.6 million eligible voters in Arakan State.

Nearly 200,000 people are sheltering at IDP camps and monasteries due to conflict between the Tatmadaw and the Arakan Army, Rakhine Ethnics Congress says. About 70,000 of them are living at some 140 recognised camps, said U Win Myint, spokesperson for the Arakan State government.

Sanyin IDP camp in Myebon Township is not among those recognised by the government, so IDPs there will have to scrutinise the camp’s voter list at the township sub-commission office. However, camp residents report facing transportation difficulties to get to the office.

Ko Thura Moe from Sanyin IDP camp said: “Sanyin village is located at the end of Myebon Township and the beginning of Ann Township. If we take the waterway, it takes a day trip. If we choose the motorway, it is not convenient for us because of Tatmadaw checkpoints along the way.”

Pyithu Hluttaw lawmaker U Oo Tun Win from Kyauktaw Township suggested that it was the duty of a legitimate democratic government to ensure its citizens’ right and ability to vote.
“How does the government grade the IDPs, whether they are recognised or unrecognised? As a genuine civilian government, it should pay regard to the citizens’ rights of the IDPs who are eligible to vote,” U Oo Tun Win said.

Security remains a concern in several Arakan State townships where fighting has flared in recent months.