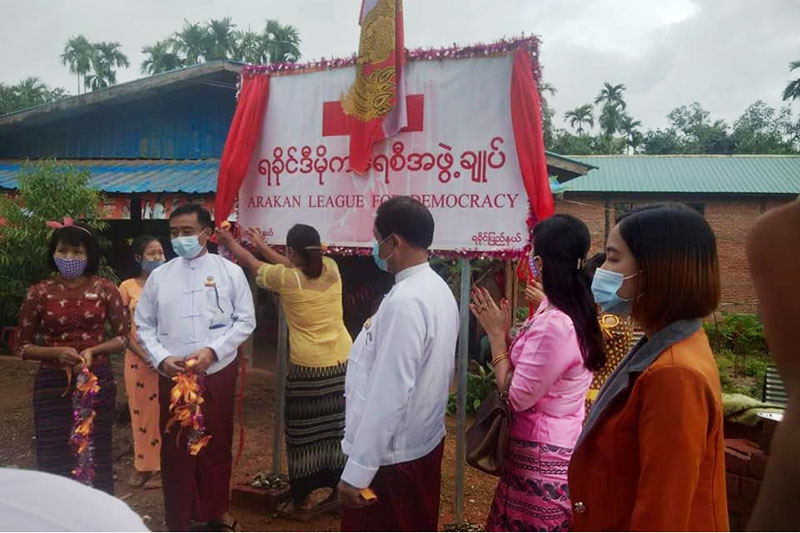 The Arakan League for Democracy does not have candidates to field for the upcoming general election in northern Arakan State townships where fighting between the Tatmadaw and Arakan Army is ongoing, said ALD Secretary U Myo Kyaw.

U Myo Kyaw said it was difficult for the party to establish itself and organise local operations in Buthidaung, Rathedaung, Maungdaw, Sittwe, Pauktaw, Mrauk-U, Minbya, Myebon and Ponnagyun townships.

“Armed conflict started to occur in northern Arakan State at the time our party was registered. Then, clashes there intensified. People have been displaced from homes due to clashes. So, we cannot do party activities there,” he said.

The ALD has established the party in some northern townships but it cannot do party organising activities throughout the townships, he added.

The ALD’s candidate field is looking much more robust in southern Arakan State, where the party will contest seats in Kyaukphyu, Ramree, Manaung, Ann, Thandwe, Taungup and Gwa townships, he said.

The ruling National League for Democracy (NLD) on July 23 said it would contest seven of Arakan State’s 12 Amyotha Hluttaw constituencies and would not field candidates in five of the upper chamber’s Arakan seats — Nos. 5, 6, 8, 9 and 10.

For the Pyithu Hluttaw, the NLD will contest 15 of 17 constituencies in Arakan State, excluding Minbya and Mrauk-U townships, it said.

In the State Hluttaw, the party’s candidates will contest 29 out of 35 elected seats.

The 2020 general election will be held on November 8, the Union Election Commission announced last month.