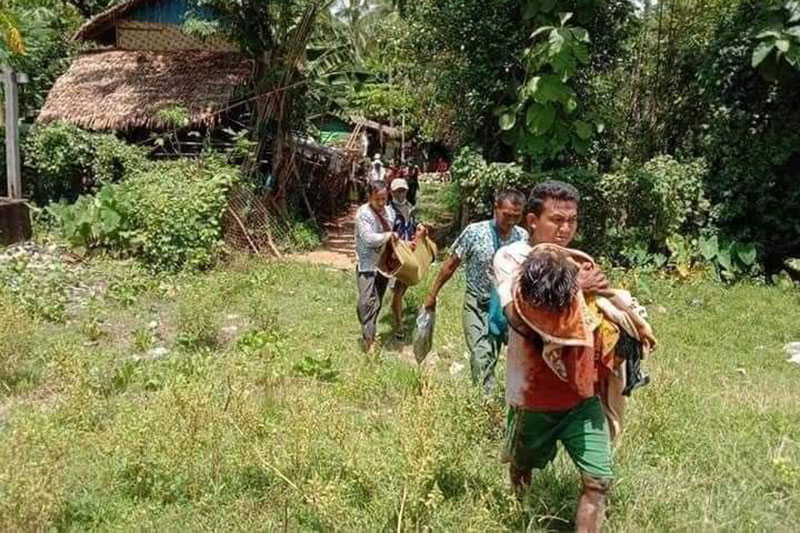 A total of 431 civil society organisations in Myanmar have sent an open letter to the UN Human Rights Council calling its attention to human rights violations, armed conflicts and dire humanitarian conditions in the country’s ethnic regions amid the COVID-19 pandemic.

The letter was sent on International Peace Day, which falls on September 21.

The CSOs expressed concern over increased military operations, intensified armed conflicts, arrests of innocent civilians, and rapes and extrajudicial killings, with a specific focus on the situation in Arakan and Chin states during the COVID-19 period.

“There are lots of calls for the stoppage of fighting and violations of human rights. It is found that the Myanmar government and army constantly disregard them, turning a blind eye to these violations. That’s why we had to send that open letter,” said Ko Tin Oo, secretary of the All Arakan Students’ & Youths’ Congress (AASYC).

According to the Burma Peace Monitor research team of Burma News International (BNI), from January 1, 2019, to September 10, 2020, armed conflicts resulted in 432 civilian deaths and 775 injuries nationwide. Among those casualties, 295 fatalities and 674 injuries were reported in Arakan and Chin states alone.

“While the world is facing the bitter crisis of COVID-19, by continuing attacks that target civilians, the Myanmar government is not only committing blatant war crimes and crimes against humanity, but also violating the Geneva Convention, which Myanmar is a signatory,” the open letter said.

Several students in Myanmar have been arrested in recent weeks for protesting human rights violations in Arakan State, including three members of the Arakan Students’ Union in Sittwe.

In their letter, the CSOs call on the UN Human Rights Council to “take necessary action to bring justice and accountability for the victims of human rights abuses committed by the Myanmar military,” and to refer the situation in Myanmar to the International Criminal Court (ICC) via the UN Security Council.