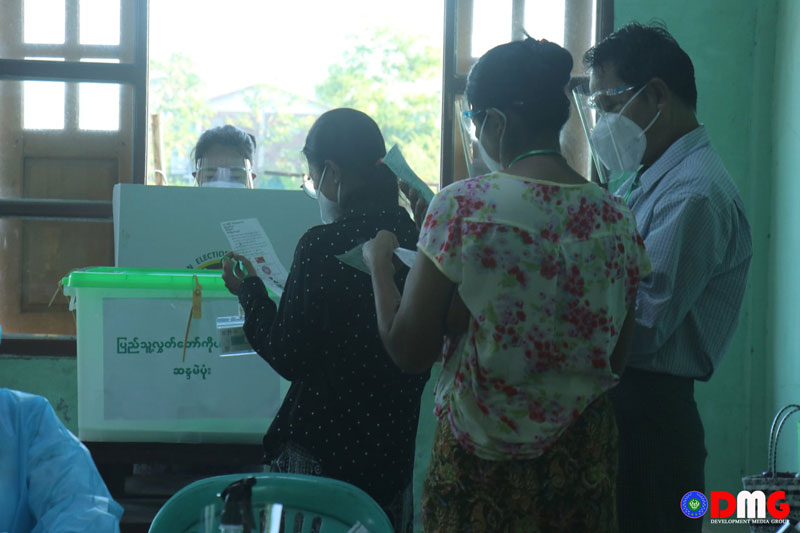 Election Day voting fraud has been alleged in Sittwe Township’s Kwetae village-tract, where one candidate says he witnessed people attempting to cast “substitute” ballots on behalf of voters who did not come to the polls.

U Naing Soe, an independent candidate contesting an Arakan State legislature seat in Sittwe Township, said he discovered people outside polling stations trying to vote on behalf of others not present using the absent voters’ evidence certificate, a business card-sized document that is used in conjunction with a national registration card (NRC) to verify a voter’s identity.

“They did not enter the booths. That was happening outside polling stations,” he said. “The ward/village election subcommission had been trying to substitute those not on the list with the actual voters’ evidence certificates who were absent.”

“This sort of cheating happened because the commission allowed people to vote only with the voting evidence certificate alone,” he explained.

“It should ask for both the NRC and voting evidence certificate and let them vote only if they can show both documents. I discovered many instances of voting fraud,” U Naing Soe claimed.

He said the township election subcommission had been informed of the alleged voting fraud.

There were three polling stations and 2,757 eligible voters in the villages of Kwetae, Kyauktangyi and Paik Seikkyi, which make up the village-tract.