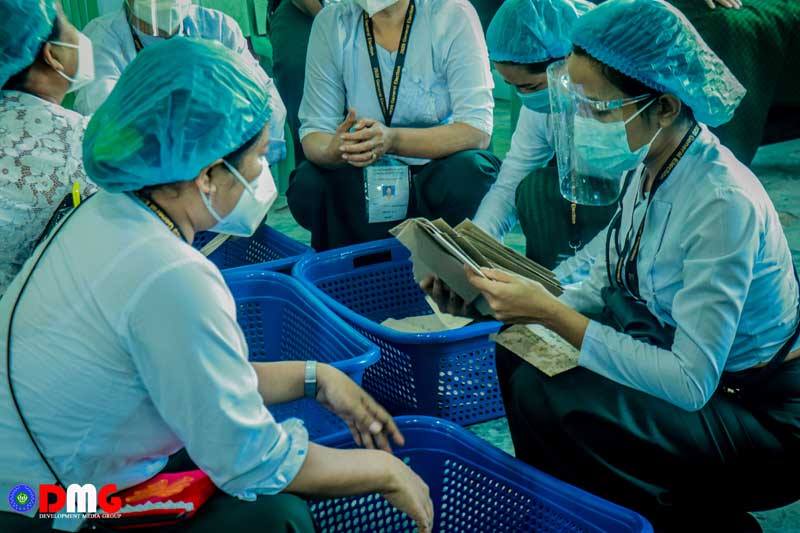 About one-fifth of the female candidates who ran in this month’s general election for seats in Arakan State emerged victorious, including two women who will be only the second and third sworn in as lawmakers in the state legislature.

Four out of 21 women candidates who contested the Arakan State elections won, all of them from the Arakan National Party (ANP).

Broken down by legislative chamber, six women ran for Pyithu Hluttaw seats in Arakan State, five for the Amyotha Hluttaw and 10 for the state Hluttaw.

“We want the women Hluttaw representatives to stand firmly from the Hluttaw for the rights of women and children, and we hope that they will do so,” she said.

Among the second, currently sitting Hluttaw, there are two female representatives from Arakan State in the Amyotha Hluttaw and one in the Pyithu Hluttaw. There is no woman representative in the Arakan State Hluttaw, with two of this month’s ANP winners to be sworn in next year as the second and third female members in the chamber’s history.

“The main things we have in mind are the security of women’s lives and more cooperation of women in politics and women’s education,” she said.

A total of 28 women had initially registered to compete in Arakan State, but only 21 ultimately had the opportunity to face voters on November 8 following the cancellation of elections in several constituencies due to conflict in the region.