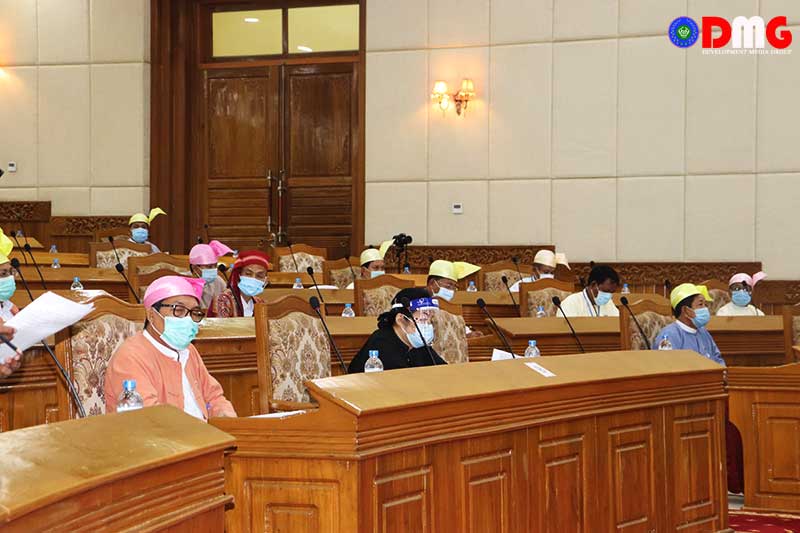 The Arakan State Parliament is scheduled to convene the current class of lawmakers’ final sitting in the second week of January 2021, when the state government will be expected to answer remaining questions raised by MPs, according to U Mya Than, deputy speaker of the state legislature.

The first sitting of the second Arakan State Hluttaw began on February 1, 2016, with lawmakers’ five-year terms officially concluding on January 31.

“As this is the last parliamentary session, the local government ministers will have to answer the questions asked by the MPs. Laws such as on the distribution and sale of fertilisers will also be enacted. In addition, a law amending the Municipal Law will also be approved,” U Mya Than previewed.

Lawmakers can ask questions and submit proposals for the upcoming session up to 10 days in advance, so new questions may arise during the second state hluttaw’s final parliamentary sitting.

U Mya Than said the Arakan State Parliament has issued a letter saying that it is difficult for the local government to implement some proposals due to the inability to respond to questions.

U Zaw Zaw Myint, an MP from Buthidaung Township constituency No. 1, submitted a proposal at the session of the Arakan State Parliament last month, urging the local government to implement the proposals submitted by lawmakers before the expiration of the assembly’s term.

There were nine MPs who did not submit any proposals at all in the second five-year term of the Arakan State Hluttaw, according to data compiled by the state assembly.

The next class of state lawmakers will be notably smaller due to the cancellation of 2020 general election voting across the entireties of nine Arakan State townships, which will not have representation in the hluttaw unless make-up elections are called.