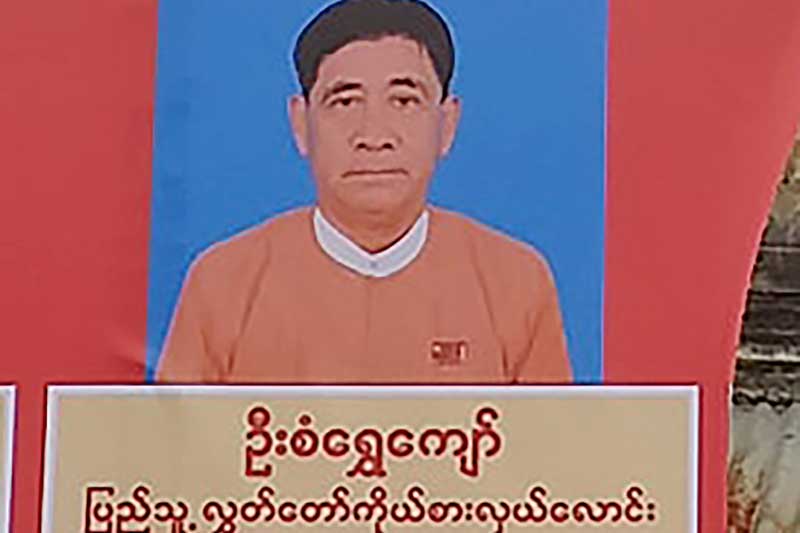 The chair of the National League for Democracy (NLD) in the Arakan State capital Sittwe has resigned from the party, citing poor health.

U San Shwe Kyaw told DMG that he stepped down on March 3, and that his resignation was not related to the current difficulties facing the party following the military’s seizure of power from the elected NLD government last month.

“I want to take a rest due to my poor health. And I am older now. I have already faced a long spell of difficult situations,” he said.

U Soe Lay, vice chair of the NLD in Arakan State, said: “When he decides to resign for his health, it is his right. If he wants to resign, we must allow him.”

In his resignation letter, U San Shwe Kyaw wrote that he had worked for the NLD for many years, seeking to further peace and the establishment of a genuine, democratic federal union.

Under the NLD’s banner, U San Shwe Kyaw contested the Pyithu Hluttaw representing Sittwe Township in the November 8 general election, but was defeated by an Arakan National Party opponent.

The NLD-dominated Class of 2020 never took their seats, however, with the military’s February 1 coup staged on the day that the national legislature was due to convene for the first time.