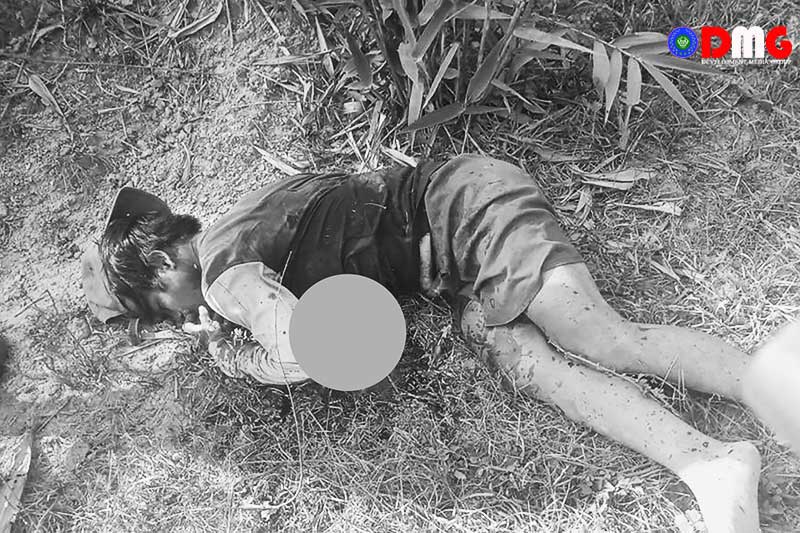 The Arakan Rohingya Salvation Army (ARSA) attacked a Tatmadaw engineering battalion truck near Wai Lar Taung village in Maungdaw Township on Friday, killing an officer and two workers, according to U Soe Aung, chairman of the Maungdaw District Administration Council.

“An officer and two ethnic Mro workers were killed when ARSA attacked them while they were picking up sand by truck to repair the border fence,” he told DMG.

The casualties were identified as Thet Tun Aung, an officer from the Tatmadaw’s No. 942 Engineering Battalion, and workers Ko Htay Win, 18, and Ko San Yin, 17.

“They were constructing bunkers at a police outpost near Wai Lar Taung village. They were attacked by fighters from ARSA at around 1 p.m. on March 5,” said U Kan Hla Maung, an administrator of the village.

A vendor going to sell pork at Wai Lar Taung village encountered an ARSA contingent on December 9 and his motorbike was torched. On March 30 of last year, residents of Mingala Nyunt village who were travelling by motorbike to go animal trapping in a nearby forest came across ARSA members in the same area, according to state media.

Two workers who were repairing a border fence in northern Maungdaw Township were injured in a landmine blast on February 22.