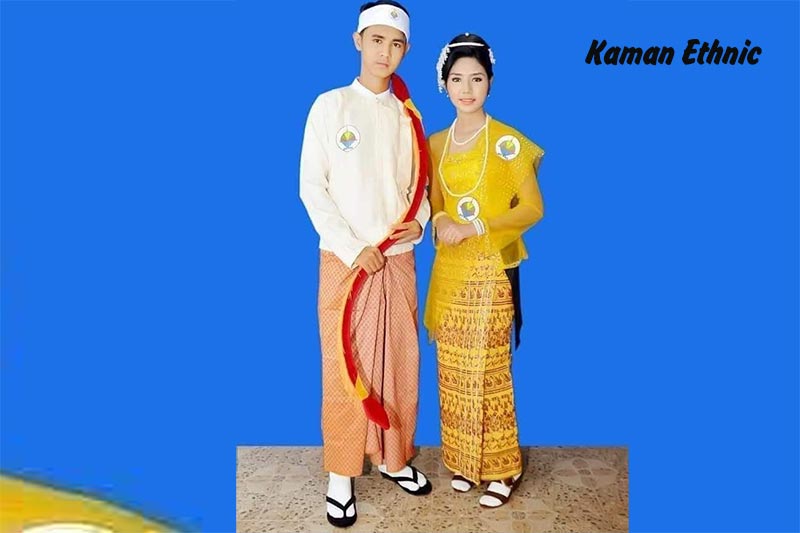 Thousands of people have made their way back to Arakan State from Yangon since political turmoil engulfed the commercial capital following the February 1 military coup. But pockets of Arakan State natives have stayed put, including a sizable population of ethnic Kaman who fled turmoil in Ramree Township years ago, only to face a different set of troubling circumstances in Yangon post-coup.

There are an estimated 10,000 people of the predominantly Muslim Kaman ethnic group in Yangon Region, living in Myanmar’s biggest city for reasons of employment, education or otherwise. Some have returned to their homes in Arakan State, but hundreds from Ramree Township cannot because their houses were destroyed by fire during the intercommunal conflict that wracked Arakan in 2012, according to the chair of the Kaman Social Network, U Tun Ngwe.

“Some Kaman people in Yangon Region returned to the village or ward where their parents are living. But the Kaman people from Ramree cannot return home because their houses were set on fire and the area is a vacant place now,” he told DMG.

Despite the political turmoil of recent months, about 700 people from five villages in Ramree Township have not returned because their houses were destroyed by fire. Instead they have continued to live at Bwet Gyi village in Hmawbi Township, on the outskirts of the commercial capital.

U Tun Ngwe said Kaman people from Bwet Gyi village are facing livelihood difficulties because they have been without reliable employment since the military seized power on February 1. Their previous jobs have either been suspended, or they cannot go to work because of anti-military protests.

“They are facing hardships in their daily lives because roads are blocked and banks have suspended services,” U Tun Ngwe explained. “Our group provides five pyis of rice and three visses of onion to a household. We provided for them twice. However, this is not a [recurring] monthly donation. We donated to lessen their current trouble.”

U Tin Hlaing Win, secretary of the Kaman National Progressive Party, said the party did not know what it should do for Kaman people given the current political instability.

“Previously, we submitted the situation of Kaman people to the elected government ... Now, the military seized power and we do not know to whom we should present the affairs of the Kaman people. The situation is not certain; we don’t know what we must do tomorrow or what we can eat tomorrow,” he said.

About 3,000 people have returned from Yangon to Arakan State since February due to the unrest in Yangon, according to people who are providing help to returnees.