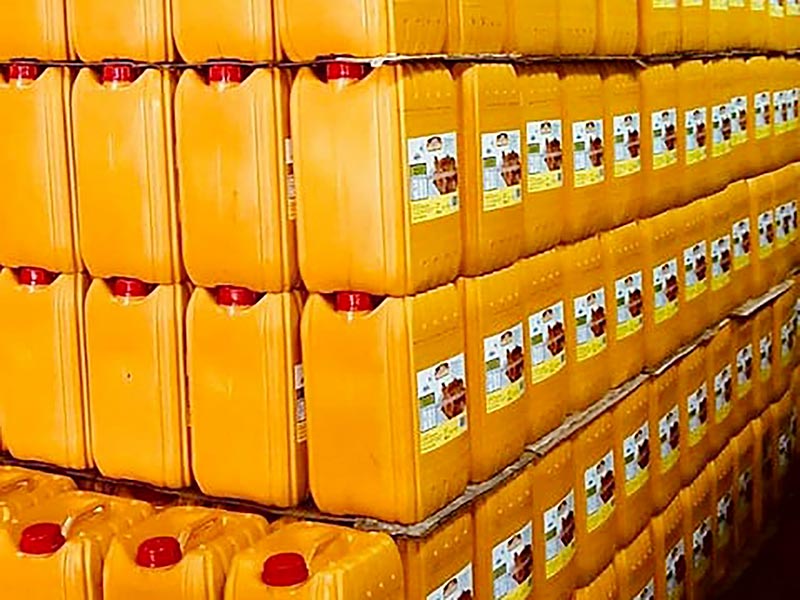 The prices of palm oil and some other cooking oils have as much as doubled since the beginning of the year in Arakan State, according to wholesalers and businesspeople.

Ma Khin Khin Htay, a grocery seller in Sittwe, said the price of cooking oil in Arakan State was around K2,150 ($1.40) per viss in early January, but that palm oil and vegetable oils including sunflower and soybean varieties are now twice as expensive.

“In the past, we had to buy back bottles of cooking oil that were sold for 1,000 kyats at the shop for 2,000 kyats. Bottles of cooking oil, which used to sell for more than 2,000 kyats, are now being bought back for 5,000 kyats. The price of palm oil and vegetable oils are going up. The rest of the domestic pulses are priced at just over a few hundred kyats,” she said.

Currently, edible oil is being imported from Yangon to Sittwe. The price of one viss of palm oil bought from Yangon is as high as K37,000, and is being resold in Sittwe for about K40,000, according to a source who spoke on condition of anonymity.

“Palm oil is transported by ship to fuel tanks. Some are ordered in 10-viss boxes. Some of the cooking oil is transported in tanks and refilled in containers and sold in closed parking lots. From now on, the price of palm oil will not go down,” he said.

Myanmar imports most of its palm oil, primarily from Malaysia, and prices in Malaysia are reportedly up by about 10% due to rising demand.

As palm oil is an imported commodity, some traders believe that as the dollar appreciates, so will dollar-denominated goods.

“As the dollar appreciates, all major imports of fuel, construction materials, cement and steel will go up. I think we need to be careful about how to reduce the value of the dollar,” said Ko Aung Aung, a businessman.

Ma Khin Thein Aye, a housewife in Sittwe, said that due to rising cooking oil prices, people are using less cooking oil than before and are struggling to make ends meet.