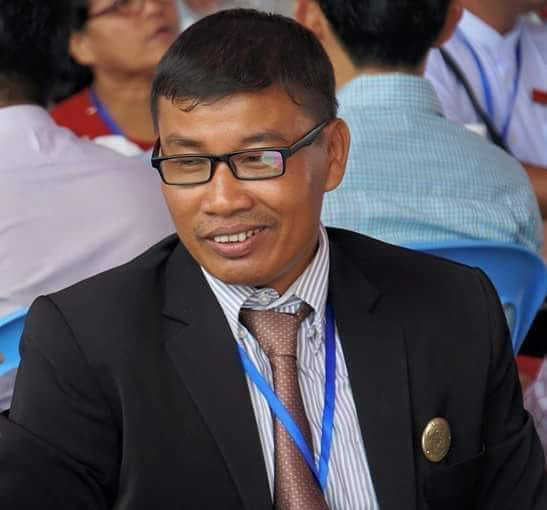 The Arakan Army welcomes the release of 10 people, including the brother of AA chief Major-General Twan Mrat Naing, and will respond positively to their release, a spokesperson for the ethnic armed group told DMG.

Ten people including Twan Mrat Naing’s younger brother Ko Aung Mrat Kyaw and seven other members of the Arakan Association (Singapore), as well as Ma Moe Hnin Phyu, the younger sister of the AA chief, and her husband Ko Kyaw Naing, were released on June 9.

“I think the release of these 10 people is a positive step. That is why we welcome this development. We will respond with a positive approach,” said Khaing Thukha, the AA spokesman.

U Pe Than, a spokesman for the Arakan National Party (ANP), said the release of the detainees was a positive step for Arakanese political parties, adding that he hoped others charged under the Counter-Terrorism Law would be released.

“We warmly welcome the release of some detainees. On the other hand, I hope the remaining detainees charged under the Counter-terrorism Law will be released soon,” he said.

Dr. Aye Maung, leader of the Arakan Front Party (AFP), said the acquittals of those charged under the Counter-Terrorism Law marked a step toward national reconciliation and peacemaking.

Ko Aung Mrat Kyaw and seven other leading members of the Arakan Association (Singapore) were arrested in July 2019 on charges of having illegal ties to the Arakan Army and providing financial support to the ethnic armed group.

The AA leader’s sister Ma Moe Hnin Phyu was arrested along with her husband Ko Kyaw Naing at Yangon International Airport on October 18, 2019. Ko Kyaw Naing was returning to Myanmar on a flight from Thailand and Ma Moe Hnin Phyu had gone to the airport to meet him when the couple were taken into police custody.

They were charged under multiple sections of the Counter-Terrorism Law, according to a source from the Mayangon Township Court.

According to the Arakan State-based Thazin Legal Institute, more than 200 people were arrested on suspicion of having illicit ties to the Arakan Army and charged under the Counter-Terrorism Law during two years of fighting between the Myanmar military and the ethnic armed group in Arakan State.

Seventeen cases of minors arrested on suspicion of illicit AA affiliations were dropped last month, according to U Hla Thein, a spokesman and attorney-general for the Arakan State military council.