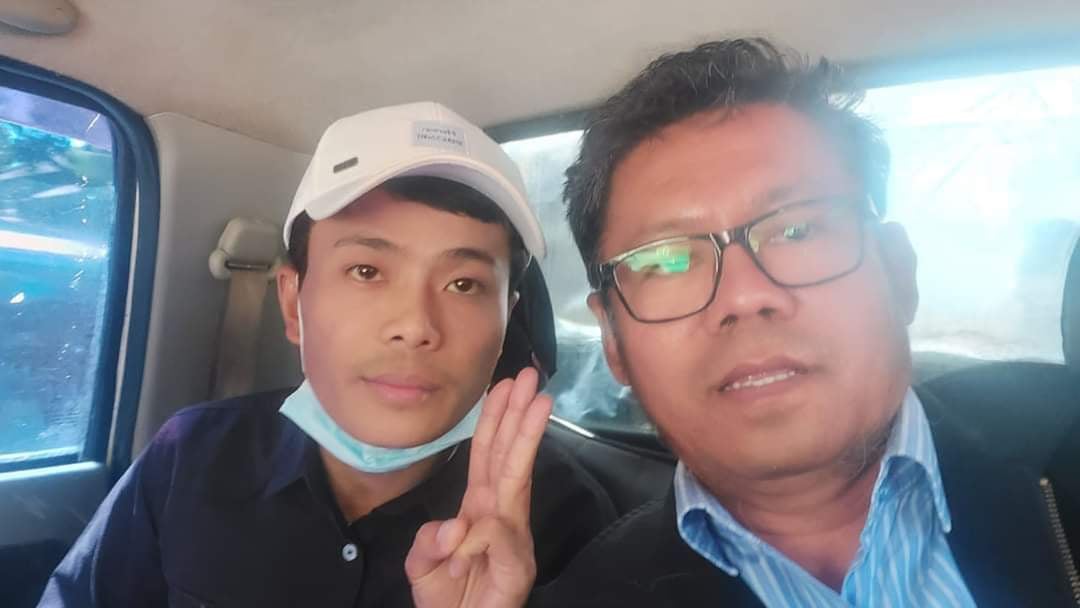 Former National League for Democracy (NLD) lawmaker U Min Aung and fellow party member Ko Thant Zin Phyo were sentenced to two years and two months in prison by a Taungup Township court on September 17 for protesting against the military coup, according to their lawyers.

“They are entitled to parole from their sentences,” the lawyer added.

Police Captain Zaw Latt of the Taungup Township police station filed the case against U Min Aung and Ko Thant Zin Phyo under the Peaceful Assembly and Peaceful Procession Law.

The prosecution witnesses in the case against U Min Aung and Ko Thant Zin Phyo were examined, and the final appeal was heard at 10 a.m. on Friday. The court sentenced them to prison at 2:30 p.m., Daw Theingi Maung said.

They were sentenced after a trial of more than seven months.

U Min Aung had asked Daw Theingi Maung to appeal to the relevant district court as he was not satisfied with the verdict delivered by the Taungup Township Court, the latter said.

U Min Aung, a former Arakan State minister for Municipal Affairs, was among five former ministers — including the former chief minister of Arakan State — who served under the previous NLD government and were charged with corruption following the February 1 military coup.

In addition to former Arakan State Chief Minister U Nyi Pu and U Min Aung, ex-Minister for Electricity and Transport U Aung Kyaw Zan; ex-Minister for Agriculture, Livestock and Mining U Kyaw Lwin; and ex-Minister of Planning and Finance U Kyaw Aye Thein have been charged under Myanmar’s Anti-Corruption Law since the coup.