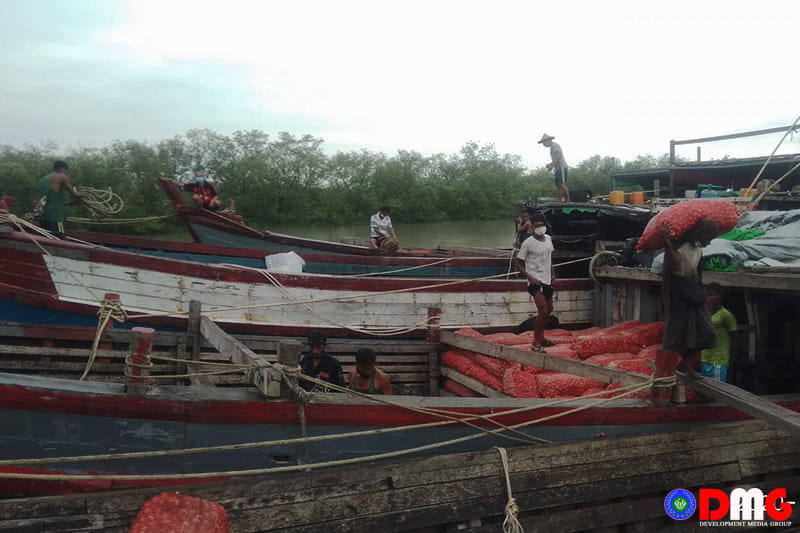 The Sittwe Shwe Min Gan and Maungdaw border trader centres in Arakan State, which have been temporarily closed due to the Covid-19 pandemic’s ongoing third wave, will be reopened in a few days, according to border commerce stakeholders.

The trade centres in Arakan State have suspended operations since July 15 at the instruction of the military government.

But now, the junta has given the go-ahead to reopen border trade centres in Arakan State because the Covid-19 caseload in Arakan is below 5% currently.

U Tin Aung Oo, chairperson of the Arakan State Chamber of Commerce and Industry, told DMG that he did not know exactly when the border trade centres would reopen.

“We can know that after the meeting with the state government,” he said.

U San Thein, vice chair of the Maungdaw Township Chamber of Commerce and Industry, said the date to reopen the Maungdaw border trade centre could be known after a meeting to be held on October 13.

Trade with Bangladesh through the Maungdaw border trade centre has been suspended for about three months as the pandemic’s third wave has continued to ravage local economies, and U San Thein expects the facility to reopen in a few days’ time.

The Maungdaw trade centre is allowed to trade using US dollars, and in normal times sees traded goods worth up to $1 million a day.