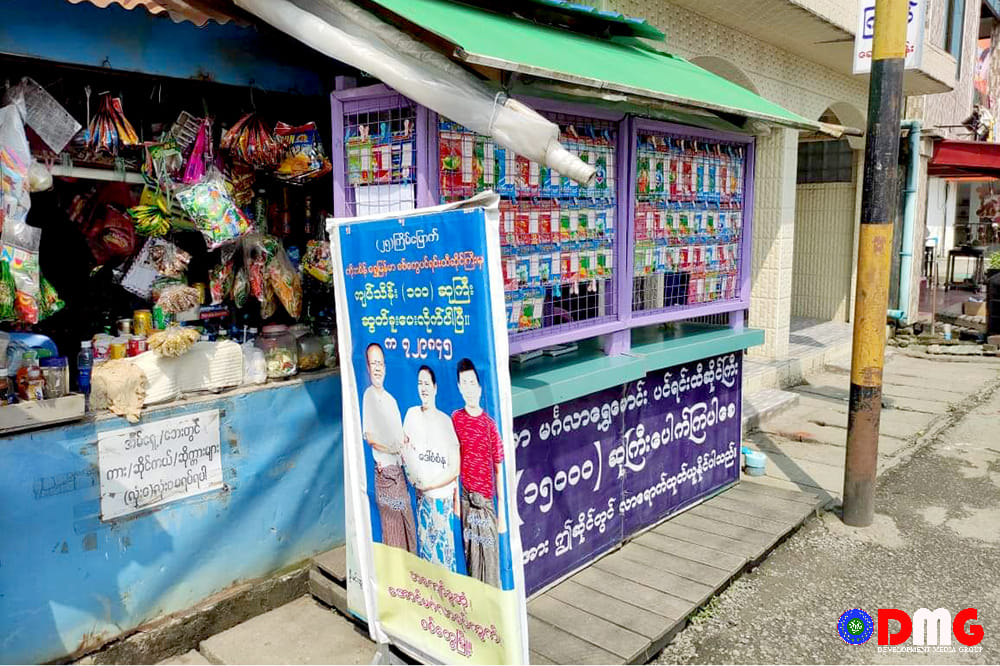 Sales for the Aung Bar Lay state lottery in Arakan State have dropped by more than 50% since the Myanmar military seized power in a February 1 coup, lottery ticket vendors said.

One reason for the sharp decline could be the significant shrinking of the lottery winnings on offer: The highest pot before the coup was K1.5 billion, but is now only K500 million, though the price of a ticket has not been changed.

Waning customer trust in the ability of the military government to arrange a proper and timely payout is also an issue, vendors said.

“Customers have asked me if the lottery winner will be announced next month and [want to know that they] can withdraw the money if they win,” said U Min Nwe, who has been selling lottery tickets in the Arakan State capital Sittwe for about four years. “I sold about 500 tickets a month, but now I have to try hard to sell about 200 tickets.”

Ko Kyaw Phyo Lin, a lottery ticket wholesaler in Sittwe, said pre-coup he sold more than 5,000 tickets a month, but these days it is difficult for him to sell even 1,000 monthly.

“Though the sales of lottery tickets have been down, the price of tickets that we have to order from Yangon is rising. And the price of plastic bags to put the tickets in is also increasing. So, we lose millions of kyats when we cannot sell the tickets,” he added.

“There were more than 30 vendors who bought tickets from me to sell around town, but it decreased to about 10 now because of poor sales,” he said.

Ko Aung Kyi Moe, a resident of Sittwe, said he bought three tickets a month before the coup, but has not bought a single ticket since the coup.

“There are three reasons I do not buy lottery tickets: My business is not good because of the Covid-19 pandemic. And, it will be difficult to take out the money if I win a prize because of political instability. And, I do not know how I can get my money if my ticket is a winner,” he explained.

The regime council has said that it will award 70% of ticket sales and the winner can withdraw a lump sum of money.

The prizes at the 26th Aung Bar Lay ticket winner announcement were K500 million and K100 million instead of K1.5 billion and K1 billion. And, the number of smaller prizes are also lesser than previous announcements.