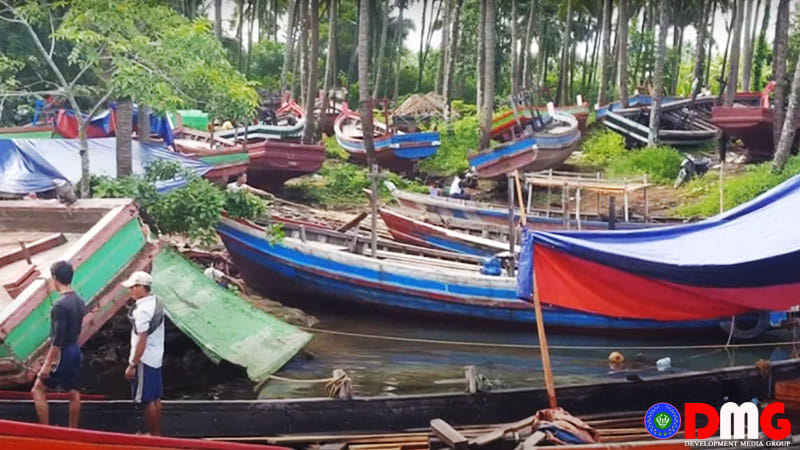 Fishermen in Arakan State say they are struggling to make ends meet due to rising prices for fishing gear.

In addition, fishermen in Arakan State say they are facing various difficulties due to the low prices that fish are currently fetching.

“The price of diesel per barrel used to be around K100,000, but now it has risen to over K300,000. The cost of fishing at sea is higher than ever before. However, fish prices have not risen and fishing has not been as plentiful as before,” U Tin Aung Thein, another fisherman on the Kaladan River, told DMG.

“Fishing nets have become more expensive than before, and fishermen are finding it difficult to make ends meet,” he said.

The prices of some basic foodstuffs, commodities and other goods in Myanmar have nearly doubled since the coup on February 1, hitting people at the grassroots level particularly hard.