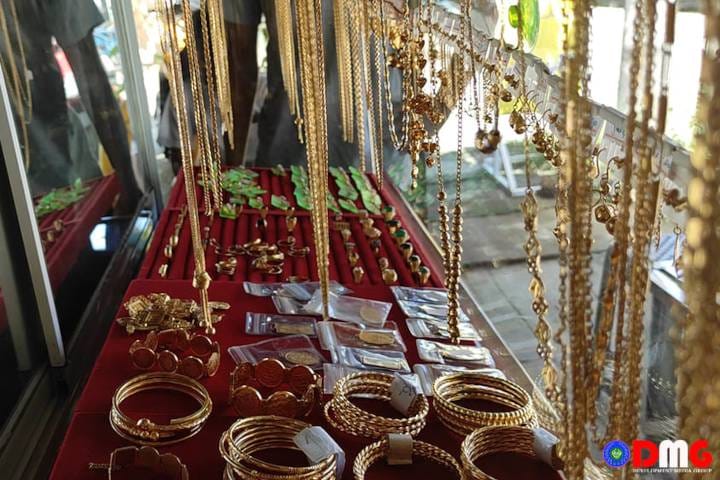 Gold prices have increased steadily since the military coup, pushing down demand and increasing local pawning, according to gold shops in the Arakan State capital Sittwe.

Due to high prices, demand for gold is declining and more people are selling their gold items back to gold shops or pawn shops, according to gold shops in Sittwe.

“There are a few people who order gold items. But there are fewer orders compared with the past. People are barely buying gold, and many are only reselling or pawning their gold items,” goldsmith Ko Maung Phyu Che told DMG.

Soaring commodity prices since the coup have hit low-income families particularly hard, as basic household goods ranging from cooking oil and rice to charcoal to onions have risen sharply.