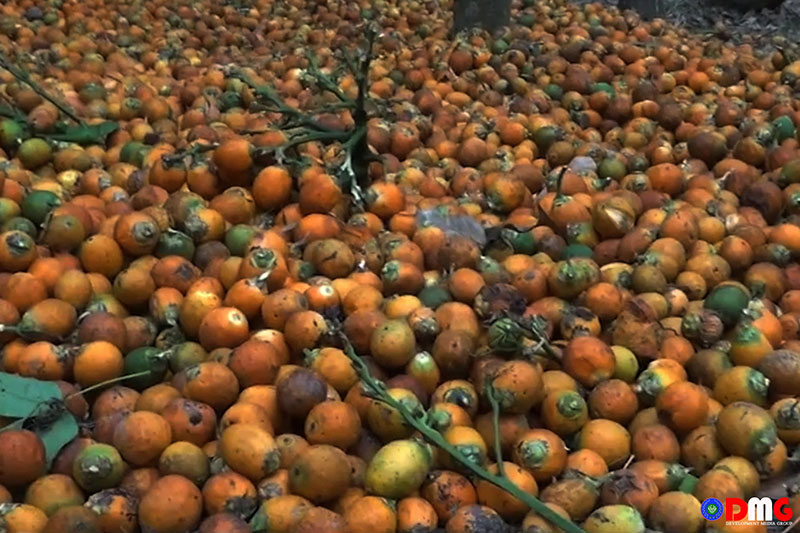 Betel nut growers from the Ashaetaw area in Tanintharyi Region’s Dawei Township are facing travel barriers due to fighting in the region, which is also contributing to volatility in the local betel nut market.

Locals in Ashaetaw are also worried about their safety when going to their betel nut farms due to the risks of active conflict and landmines.

Betel nut farmers say betel nut prices remain volatile due to the military setting up several security checkpoints along the Dawei-Hteekhee road and conducting strict checks on travellers and locals.

“Betel nut prices are not stable and are cheaper than last year,” said a betel nut farmer in Byawtawwa Village. “The military has set up security checkpoints along the Dawei-Hteekhee road and is tightening checks on travellers and locals. We have to pay money to junta soldiers. Betel nut growers are facing financial losses this year.”

The price of betel nut was around K4,700 per kilo in the second week of January, and the price had decreased to around K4,000 per kilo by January 20, according to betel nut wholesalers in Dawei.

“Due to the drop in betel nut prices, we are unable to pay the [input] costs and labour costs. Now betel nut growers are more or less affected by the price,” said a local woman in Wakone Village.

Six junta security checkpoints are set up along the Dawei-Hteekhee road in the Ashaetaw area of Dawei Township.