Interview with Dr. Min Soe Aung, the doctor of the Zeditaung cottage hospital 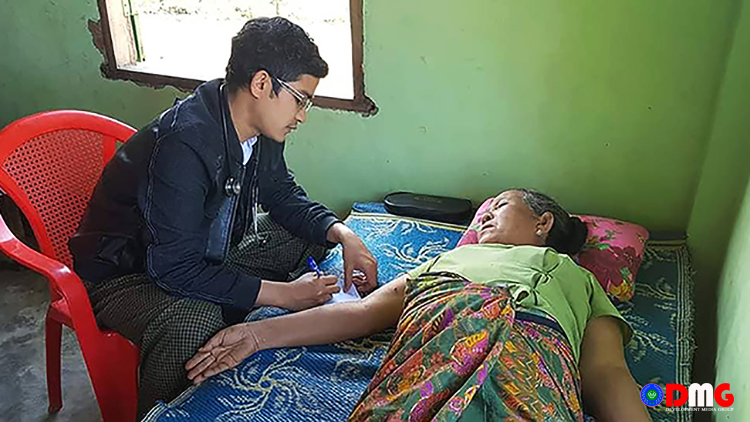 Mortar shells landed on the maternity ward of the 16-bed hospital at Zeditaung village in Buthidaung Township on May 2, causing some damage. Medical staff had to be evacuated to a safer place due to the battles. Currently, the doctor of the cottage hospital and some medical staff are giving health care to patients. After shells landed, the DMG conducted an interview with Dr. Min Soe Aung, the doctor of the Zeditaung cottage hospital about the situation in the hospital.

Q – First of all, could you introduce yourself please?

A – I am Dr. Min Soe Aung. Currently I am working at the cottage hospital at Zeditaung village in Buthidaung Township. I have been working here for a year.

Q: We had heard that artillery shells landed on the hospital. Could you tell me the situation?

A: Yes, it happened after 6 p.m. on May 2. One or two mortar shells landed on the village side. We thought that they landed on a mountainside behind the hospital. But we found that a shell landed on the maternity ward. We noticed it when a patient arrived to deliver her baby on May 4.

Q: What was destroyed due to the shell?

A: The roof has a hole because of a shell and some places were hit by shrapnel.

Q: We’ve heard that some medical staff returned home because the battles made them anxious. Could you tell me the current situation in the hospital?

A: We have four nurses. Two of them were going to Buthidaung to collect their salary. The remaining two nurses didn’t want to stay here anymore. So, I temporally transferred them to Buthidaung on May 3 after I discussed our situation with the doctor from Buthidaung Township Hospital.

Q: So, is there only you in the hospital now?

A: I am the only doctor here. But there are two general workers to help me.

Q: Do you have any difficulties providing health care here now?

A: Without nurses, I have more responsibilities than before. I have to do their duties. Sometimes I have the workers help me. It’s not actually safe for patients. Sometimes I have to perform surgery with the help of workers if there are emergency cases. It’s not good for patients and is dangerous to perform surgery with the workers who are not trained like a nurse.

Q: Why didn’t you return home when your staff left?

A: There are at least 10 patients a day here since the day mortar shells landed. Even though it is 16-bed hospital, there were around 20 to 30 patients before the battles. After battles, at least 10 patients showed up here. Some are just undergoing surgery.  I can’t leave them. They are not safe with general workers. Moreover, there are three refugee camps near the hospital. The number of IDPs from these three camps is about 5000. And there are about 10,000 people in nearby villages. It is not easy for them to go to Buthidaung for health care due to the battles. From some villages, they can’t go to Buthidaung, like villages from landlocked areas. So, they have to come here.

Q: Do all these refugees and villagers mainly go to Buthidaung or to you for their health care?

A: About 90 percent of patients from refugee camp come here. We do as much as we can for them. We promptly give them health care service and medicine that’s supplied by the government and private donors. 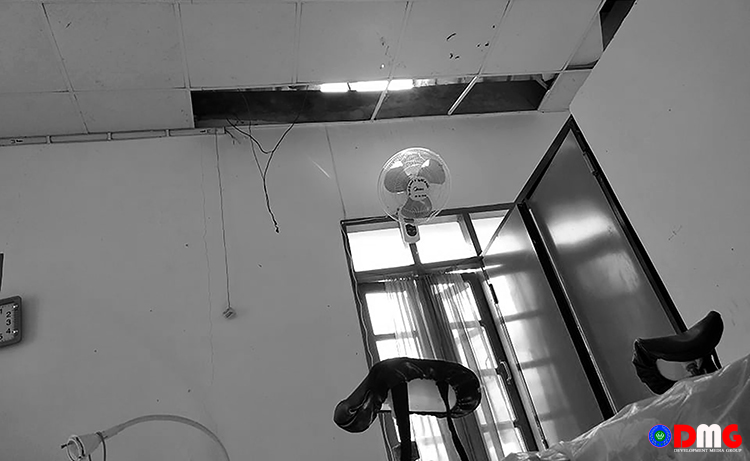 Q: Are there any new clashes at the moment?

A: Currently, we haven’t heard any gunfire so far this week. But the Tatmadaw and police force sometimes inspect household lists of people in refugee camps and residents in Zeditaung village. However, there are no fierce battles like in other locations. It is peaceful here.

Q: As far as I know, battles must avoid public locations like hospitals and schools. But now mortar shell landed on the hospital, what do you want to say?

A: The battle occurred at the other side of the creek, too far from Zeditaung village. Since the battle started, there were no clashes on the village’s side of the creek. We thought that any shooting couldn’t happen here because there’s not only a hospital but also a high school. Now that shells have landed on the hospital, we are worried about our safety. Whoever did it, should avoid hospitals and schools, it should just not happen.

Q: Now you are the only skilled medical staff at the hospital. So, what would you like to say to the state government and relevant authorities?

A: I think two nurses will come back today. If new battles break out again, we have to transfer them too because they are women. So, I would rather have male nurses than female nurses or use a rotating system. We now have three volunteers who worked for two years here. I want them to be appointed as permanent nurses. They deserve the appointment because of what they scarified. We can’t leave the hospital because people could be in potential danger if they are forced to use other healthcare facilities during the rainy season. 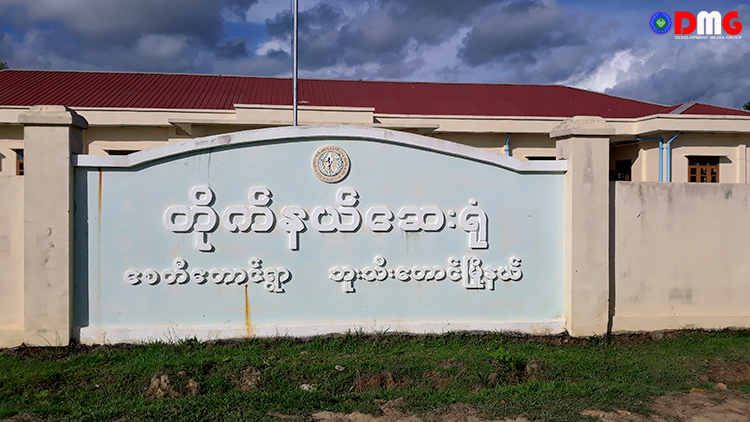 Q: How many patients did you give surgical treatment to after your nurses were transferred to Buthidaung?

A: Two patients, one pregnant mother and another patient with different health issues.

Q: What do you want to say about the current situation?

A: Currently, we are running the hospital the best way we can. I think we should have sufficient medical staff for patients. So, we want skilled staff on a temporary rotational basis during the ongoing conflicts. We need as much assistance as possible to help our hospital.