KNU vice chair: ‘We face difficulties because we’ve brought things in our past to this place’ 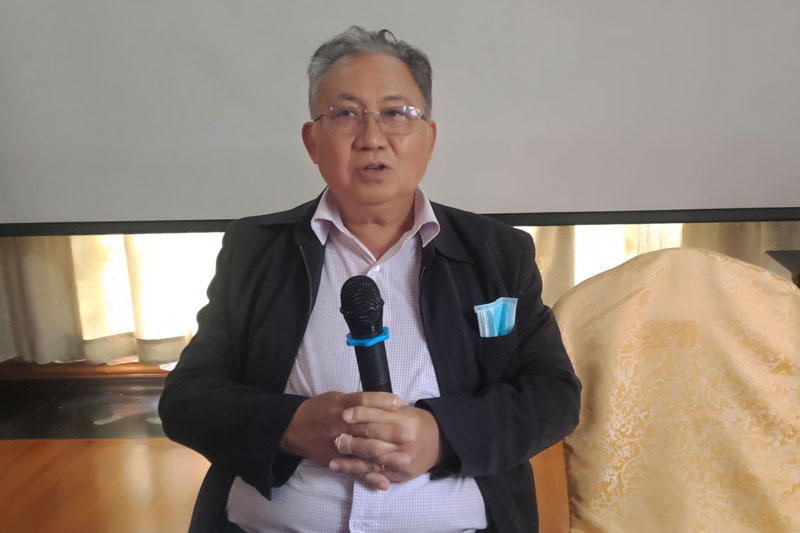 Representatives of the government, military, Parliament, ethnic armed groups and political parties last month signed Part III of the Union Accord, a foundational document for Myanmar’s political future. Though the three-day Union Peace Conference that concluded on August 21 was proof that Myanmar’s peace process is pushing ahead, conflict still festers in Arakan State and other pockets of the country.

Question: How much progress has been made in the peace process so far?

Answer: It is a kind of progress that we can participate in political dialogue. However, while trying to establish federalism, we face difficulties moving forward because we have brought the things in our past to this place. If we do not take lessons from the past, we will face difficulties.

The progress we have been able to make is we reached agreement to keep moving forward via the talks for the NCA [Nationwide Ceasefire Agreement], the first step of the political dialogue. However, we might not have the same common hope. We will have to negotiate for it.

Q: During her speech at the opening ceremony of the Union Peace Conference, Daw Aung San Suu Kyi said the peacemaking process was characterised by power struggles and dependence on weapons. What are your thoughts on her remarks?

A: She said it not only for ethnic armed organisations but also for the Tatmadaw. She means the situation of establishing political power using the force of arms. From my point of view, politics should not be built on the power of weapons. Political power depends on people’s acceptance of your policies and their cooperation.

Q: What impact will the fourth session of the Union Peace Conference have on the future peace process?

A: I believe it will benefit all. The government will get credit for its attempt to go for peace.

We have already signed three parts of the [Union] Accord. So, we can reach a situation that ensures holding political talks with the government that will take office in the next term. The government as well as ethnic armed groups including the KNU like that situation. The provisions contained in the Union Accord are the result of the two sides’ negotiations. It is successful to some extent now.

Q: What can you tell me about state constitutions, which were a sticking point in recent negotiations?

A: We have already drafted the state constitutions. However, we do not know how we should prepare if there are changes. Kayin, Mon, Rakhine, Shan and Kachin states have drafted constitutions.

For a federal system, we accept power-sharing and constitutions. For regions, that topic shall be discussed. We will have to discuss it bearing in mind history, mandates and wording.

Q: What challenges do you face in implementing the NCA?

A: Both sides need to take responsibility for materialising the NCA. However, we face difficulties when we have different definitions for the terms in the NCA. Ethnic armed groups including the KNU are relying on the NCA to make peace. Both sides need to negotiate to implement it. We tried hard to accept the word ‘federal’ in the past. We had different opinions on the word ‘federal’ at that time. It was accepted despite concern and doubts.

Q: Should NCA non-signatories and groups declared as unlawful associations participate in the NCA process?

Q: How about the members of the Northern Alliance, and specifically the Arakan Army?

Q: Do you have any concern that there will be changes to the peace process under the next government?

A: It depends on the policy of the new government. So we will have to discuss. We will reach agreement after negotiation.