ANP chairman: ‘The chief minister should be elected by a majority of MPs’ 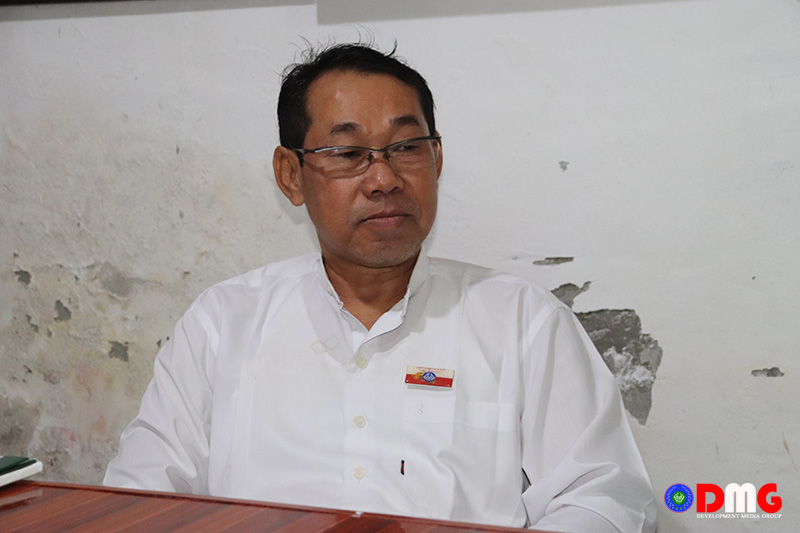 Just over a month after its resounding general election victory, the National League for Democracy (NLD) on December 12 appointed three senior party members to meet with ethnic representatives and work toward reaching consensus on the particulars of a future Myanmar. And precisely one month prior to its appointment of the three-member team, the NLD sent an open letter to 48 ethnic political parties inviting cooperation to achieve what it says are shared goals, including the establishment of a federal Union.

DMG reporter Min Tun recently interviewed U Thar Tun Hla, who chairs the Arakan National Party (ANP), winner of the most seats in Arakan State during last month’s election. They discussed the NLD’s outreach, the ANP’s political position heading into 2021, and his party’s hopes for the form that the next Arakan State government will take.

Question: The NLD is arranging to meet and discuss with ethnic political parties. Has the NLD contacted the ANP about this?

Answer: We have heard through the media that the ruling party NLD has assigned three people, including [Magwe Region Chief Minister and NLD Secretary-3] Dr. Aung Moe Nyo, to discuss with ethnic political parties. However, the ANP has not currently received any official offer from the NLD to meet and discuss. We officially received the letter that was uploaded online on November 12 with a title ‘Union affairs matters that must be orientated in a future Myanmar’. We have responded to the NLD that the letter was well received. Since then, no offer has been received so far regarding an official meeting to discuss with us.

Q: What topics will the ANP discuss if the ANP sits down with the NLD?

A: We currently know only what the NLD’s officials have told journalists, since we were not officially offered discussions yet. So, we are reviewing the situation based on information we received from the media.

Q: What will the ANP demand if there are discussions with the NLD?

A: I think it depends on the contours of the discussion and the extent to which the stakeholders are available to make decisions, and their mandate. As far as I know, the NLD will meet each ethnic political party to listen to the opinions and desires of the ethnic political parties, and the Central Executive Committee of the NLD will confirm the agreement points collected from the discussions. I heard that they cannot come to Arakan State due to security reasons and we have not received any offer yet.

Q: If an ANP member is not appointed as chief minister, will the ANP stand as an opposition party, as it did in 2015?

A: It depends on the composition of the parliament. In the coming state Hluttaw, there are seven MPs from the ANP, five from the NLD, two from the Arakan Front Party and one from the Union Solidarity and Development Party, as well as military MPs.

Q: Will the ANP be OK if ANP members are appointed for cabinet minister posts but not for chief minister?

Q: If an ANP member is not appointed as chief minister, could the current conflict in the state worsen?