ALP leader: ‘If both military and Arakan Army accept the intervention, we are ready’ 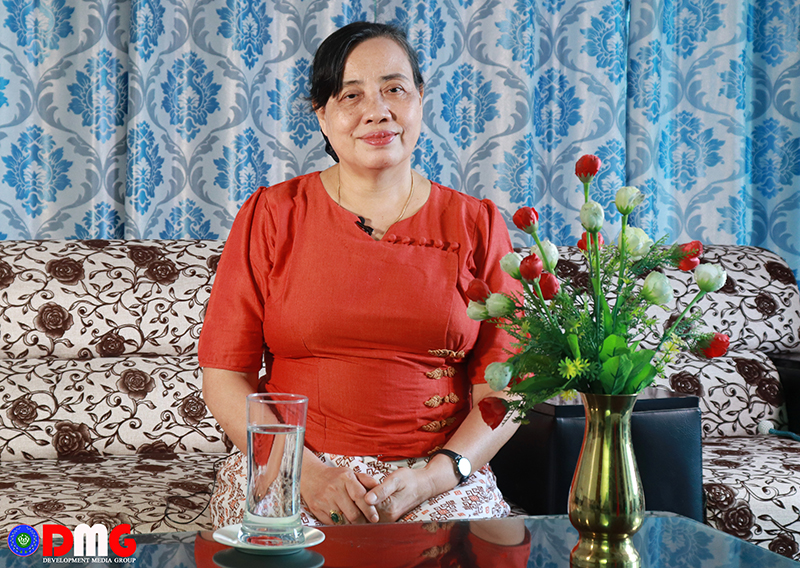 Even as some aspects of Myanmar’s peace process have appeared to pause amid the transition to a new civilian administration next year, there have been developments in Arakan State over recent weeks including a tentative ceasefire in the two-year conflict between the Tatmadaw and the Arakan Army.

Question: First of all, can you tell us about the ALP’s experience as a participant in the peace process?

Answer: The Arakan Liberation Party (ALP) has been participating in the peace process since 2012, in the time of President U Thein Sein. The ALP joined the Nationwide Ceasefire Coordination Team (NCCT) in 2013. Afterward, we signed the Nationwide Ceasefire Agreement (NCA) together with seven other ethnic armed organisations (EAOs) in 2015. Later, our party became a member of the Union Peace Dialogue Joint Committee (UPDJC). I myself have seized the opportunity to serve as secretary of the UPDJC. Moreover, our party has had a chance to participate in the Joint Implementation Coordination Meeting (JICM). As a result of the chance to participate, now is the time for us to strive for three points, namely: amending, supplementing and revoking some provisions of the 2008 Constitution in accordance with the results that have come out of the Union peace process as mentioned in the NCA.

Moreover, in reviewing the conditions of the country, if the Union is not established, the situation regarding internal conflicts will remain unchanged. The internal armed conflicts are based on [the pursuit of] equal rights for the national races of the Union, which all national brethren expect. As it is of great importance for Myanmar, we participate in the peace process with utmost efforts to ensure the emergence of a federal Union in which all of the national ethnics can share in a brighter future.

Q: What can you tell us about how the expectations of the ethnics aligned with the goals of the Union Peace Conference – 21st Century Panglong held in August?

A: We cannot tell whether our expectations fully met the goals. We have to implement the process step by step. Mainly, we have future plans to implement federalism as the first matter. For the second, if we reform the administrative system, EAOs need to mainly consider how to reform the system. For example, we could successfully submit a proposal on how to manage the economy; development; financial authority; oil and natural resources; the realisation of democracy; social harmony; and reconciliation of security affairs. However, it was difficult to submit the No. 2 table mentioning implementation of the aforesaid points to the conference, because the topic from the proposal was not harmonised with the plan to draw up the state constitution. However, we strived throughout the process in a patient manner.

Both the government and the Tatmadaw want peace as soon as possible. But both the government and the military have concerns. The government’s concern is that if the map of Myanmar is blown up and Myanmar becomes uncontrollable, it will be a victim of history. I understand the concerns of the government. If we are on the side of the EAOs, if we don’t fully achieve the federal structure we want, then our NCA signatories have a lot to worry about. Despite these differences, we are striving to reach a consensus.

Q: What do you think will be the impact of the Panglong Peace Conference on the future peace process?

A: The main thing is to amend, supplement and repeal the 2008 Constitution in accordance with the results of the political dialogue. This is the mandate of the NCA. If the 2008 Constitution is repealed, it will have to be repealed in accordance with the results of the peace conference. Another matter is the security reintegration desired by the government and the military. EAOs are concerned about security reintegration. This is because at the time of signing the NCA, it took more than a year and nine months, but in some places there were a lot of secrets. We signed the NCA with the expectation that the words would be defined later. We’ve demanded that security reintegration be in line with Article 30 of the NCA, when defining words. We reached an agreement at the Union Peace Conference.

Q: It is said that the state constitutions demanded by the ethnic nationalities is the key to peace. What do you think about this?

A: Once a constitution is approved, a political party can be formed freely. How will the government be formed in peace? Will there be a federal government? How will the right to form a party change the political course? Or what would be the role of EAOs if the government made reforms before the party was formed? I don’t think these things have been considered by the EAOs and the government hasn’t. That should be a long-term consideration.

Q: What do you think about the government’s attitude toward peace with the Northern Alliance members that have not signed the NCA?

A: When we first started talking about the NCA with the northern groups, there were 21 groups. With 21 such groups, it was difficult to sign. If it is with non-fighting organisations, the government should not consider a ceasefire. This is one point.

We saw in our eyes that [the former USDP government’s] Minister Aung Min approached the TNLA [Ta’ang National Liberation Army] a lot and tried to get them involved in the signing. When the fighting with the Kokang broke out, there was a lot of resentment against the three groups, and they retaliated. However, when the NCA was considered, six groups were unable to participate in the signing. As a result, northern groups remain part of the United Nationalities Federal Council (UNFC). Now, Mon and Lahu in the UNFC have signed the NCA.

Q: What should be done to get groups that have not yet signed the NCA, some designated as terrorist organisations, to join the NCA?

A: At present, the Tatmadaw and the Arakan Army held talks online and representatives from both sides met in Panghsang, Wa Region. We also know the statements made by both sides that there is progress. We did not ask the Tatmadaw or the AA about the talks. It is reported that the talks have reached a certain stage. Both sides need to sit down face to face and talk openly about their requirements.

Q: Will the ALP intervene in the peace process with respect to the Arakan Army?

A: If both the military and the AA accept the intervention, we are ready.

Q: How do you expect the peace process to move forward under the new government?

A: After 2020, there are two schedules: process and step-by-step implementation. Federalism was very detailed in the schedules. For more than a year, we told the government what the EAOs had prepared. There are three steps to consider when building democracy and federalism beyond 2020. That is, when we reconcile these EAOs’ thinking with the government’s to build a union based on democracy and a union. The third step is to negotiate politically with the EAOs and the government. Then we have to do technical analysis. We still have a long way to go. The journey to peace will be a long one.