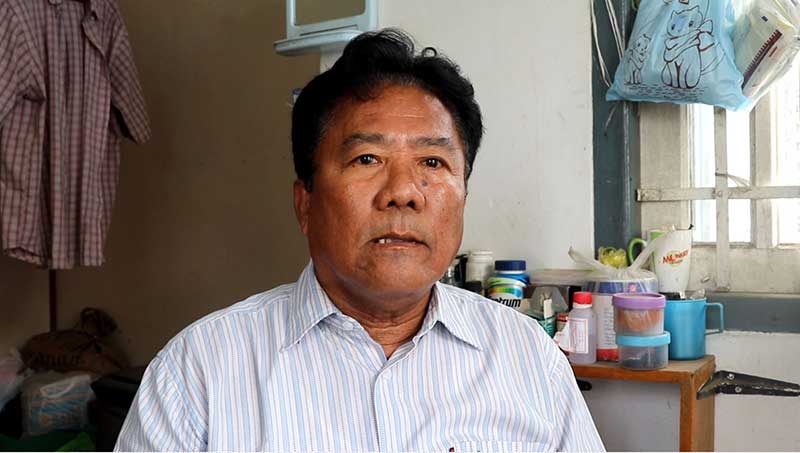 Following its November 8 election victory, the ruling National League for Democracy (NLD) said it would form a government that facilitates national reconciliation over its next five-year term. An NLD  delegation led by party secretary (3) Dr. Aung Moe Nyo has been holding talks with ethnic parties in that regard.

However, the NLD has not officially initiated bilateral talks with the Arakan National Party (ANP), which won the most seats in Arakan State in the November general election, according to Central Executive Committee members of the ANP. The ANP also won the majority in the 2015 general, but it was kept at arm’s length when the NLD formed the Arakan State government.

U Tun Aung Kyaw, a member of the ANP’s policy leadership committee, recently sat down with DMG senior reporter Min Tun and talked about the ANP’s prospects for participating in the state government.

Question: Arakanese people are calling on the ANP to form the state government. Does the party think it can form the government?

Answer: The point of establishing a political party is to form the government. Frankly speaking, we don’t want to form a government in Mandalay or Yangon or anywhere else. We want to be the government in Arakan State, which our ancestors have handed down to us. We have a strong political will to take responsibility for development of our native land and all the people who live in Arakan State. We want to shape a brighter future for our state with our own hands. This is our goal.

Q: Will the ANP continue to stand as the opposition if it can’t form the state government?

A: In the 2010 election, we did not have experiences of running a political party. We hadn’t won the vote before. The Union Solidarity and Development Party, which won the national majority at the time, held talks with us in Nay Pyi Taw. But when it came to forming the state government, then state Chief Minister U Hla Maung Tin appointed three ministers without consulting with us. This resulted in havoc.

Based on that experience, we officially asked after the 2015 poll that we wanted to form the state government as the party that won the majority in Arakan State. The NLD, which called us siblings and had worked together with us in the parliament since 2012 for constitutional reforms, did not allow us to form our state government after it came to power in 2016. So, we issued a statement that we would stand as the opposition in consideration of the dignity of our race and party, if we were not allowed to form the state government.

The result of that was to speak the truth; we were not able to bring about development in our state. We know all the difficulties facing our state, but we have no power to address those issues. We have lost many things. Villages have been set ablaze and many people have died. The ANP could do nothing while innocent teachers, children and elderly persons died tragically. This time, we have to take these things into serious consideration, and we can no longer risk the interests of our people just to stand on our dignity.

Q: The Constitution centralises governance. What can the ANP do for the people if it is allowed to form a government in Arakan State?

A: The answer is very clear. I give you an example that the issues contained in Schedules 2 and 3 of the Constitution do not require a change in the Constitution. There are many things that the local government has the power to do for the development of Arakan State. If we are allowed to form a government, we will rebuild the human resources. What is very sad is that in the 70 years since independence, Arakan State has suffered the consequences of being ignored by successive governments.

As a result, 100% of young people in Arakan State feel that they have no choice but to take up arms. This is a very sad and tragic situation in Arakan State, which is undesirable due to political ignorance and lack of political vision. An Arakanese woman who went to cut firewood in the forest was hit by a landmine and had her limbs amputated. What would this woman’s life mean if she had lost her eyes? We want to prevent these traumatic events. We want to improve the lives of the Arakanese people and build eternal peace in Arakan State. People who do not know about Arakan State may come and form a government, but only those born in Arakan State, who are close to the Arakanese people, will be able to solve entrenched problems.