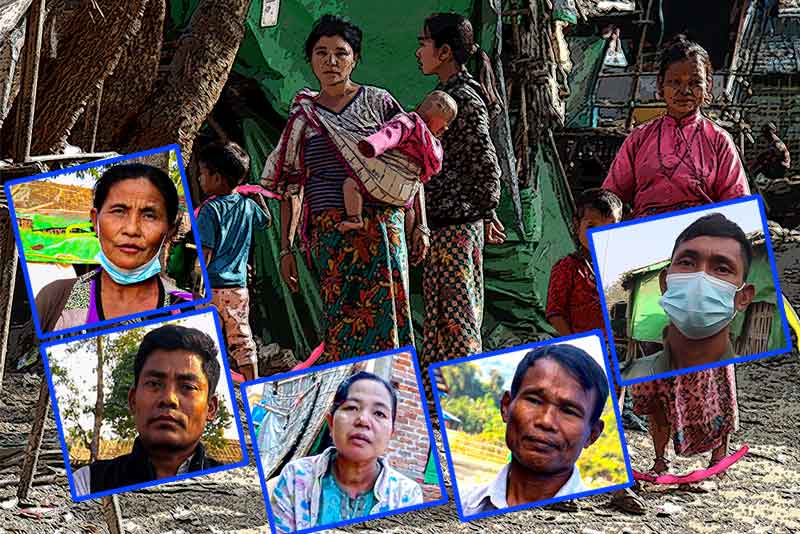 Fighting between the Myanmar military and the Arakan Army has been negligible in Arakan State since the country’s November 8 general election, with the two sides apparently having settled into an unofficial ceasefire that has endured now for more than two months. But local people in Arakan State remain concerned that the conflict has wound down without a formal ceasefire, and could flare anew without a concrete peace agreement.

There have been three rounds of talks between the Tatmadaw and the Arakan Army during the cessation of hostilities, and the government has offered to hold talks with the four members of the Northern Alliance, including the Arakan Army (AA), this month.

Since December 2018, more than 236,000 people have been displaced by the conflict. While tens of thousands have reportedly returned home in light of the tentative peace struck late last year, there remain over 180,000 internally displaced people (IDPs). Many continue to face hardships ranging from lack of access to education and healthcare to livelihood woes and hunger.

With all of this painting a decidedly mixed picture of the outlook for Arakan State’s war-affected populations, DMG reporter Aung Htein recently asked IDPs what kind of peace they hope to see.

If we return to our communities from the IDP camps and stay in the villages for a day or two, we will all be in trouble. That is why I do not dare to go back. Both sides have said they are discussing peace, but so far no good news has been heard.

I want to return to my village when we face difficulties in the IDP camps. When we return to our village, we have many difficulties. Therefore, I want the Tatmadaw and the AA to coordinate quickly and peacefully.

It would be better if we lived peacefully without armed conflicts. Only if both the Tatmadaw and Arakan Army stop fighting will we be able to return home. We want a lasting peace in Arakan State.

Our expectation is that we want to return home completely. Living in a small room like this for a family isn’t comfortable. I want to return to my village as soon as possible. I think we can go home when the Tatmadaw and the AA make peace.