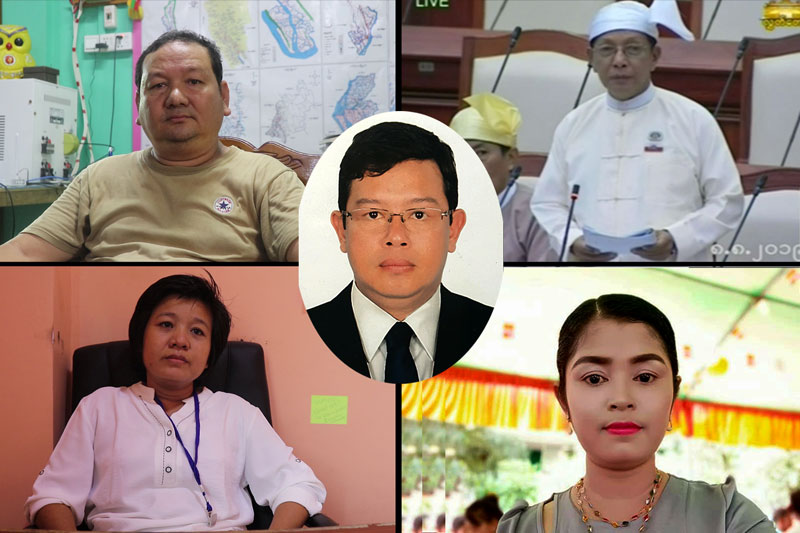 With more than 100 days having passed since the military coup on February 1, DMG spoke to civil society and political leaders, activists and businesspeople about the toll that the new reality under Tatmadaw rule has taken on an Arakan State economy already badly bruised by the COVID-19 pandemic.

After the military coup the whole country, including Arakan State, was hit economically. Commodities in Arakan State have doubled in price due to poor transportation and commodity flows. As a result, the people’s livelihoods have become more difficult and the flow of goods has been weakened.

The economy is in crisis for all classes of people. The economic situation in Arakan State is at its worst, with no businesses operating and no production from the beginning.

The military coup in the current budget year for regional development has made it impossible to redistribute Revised Estimate (RE) budgets, which will begin in April. The question is what percentage will be available in the coming budget years.

The situation in Arakan State is one of the most lagging in terms of political and regional development. In this situation, the coronavirus pandemic spread to Myanmar amid plans to prioritise development tasks, and before the military took power.

In terms of work, everything is difficult. In terms of cash flow, there are many difficulties when the current banking system is not functioning properly.

From the very beginning, all the people in Arakan State were affected by the coronavirus epidemic and armed conflict. The Arakanese people cannot go out and work, so it is more difficult and they do not have enough to live on. As the price of everything went up, everything became difficult. I want the government to make the best of this situation, as it could be difficult in the future.

Commodity prices have risen significantly since the military coup. For the people, the price of a bottle of cooking oil used to be 1,700 kyats, but now it is more than 2,000 kyats. People are suffering from high commodity prices. It is not easy for people to withdraw money deposited in banks. Civil society organisations and international organisations working for regional development are suffering from a lack of cash flow. In the case of investment, the inflow of money to the states, especially the people, is affected by the lack of investment on the mainland.