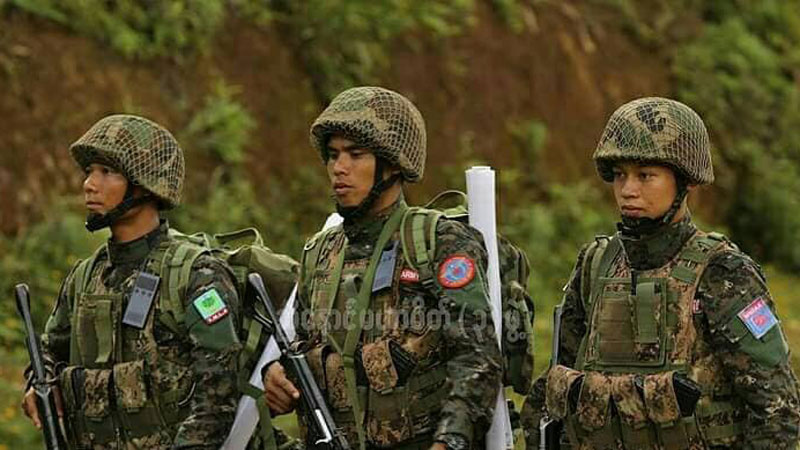 Three ethnic armed groups from the Northern Alliance have extended by two months a unilateral ceasefire with the government that the trio had initially declared in September 2019, in an effort to jumpstart peace talks and create a peaceful environment for elections slated to take place later this year.

A joint statement released on January 1 by the Myanmar National Democratic Alliance Army (MNDAA), the Arakan Army (AA) and the Ta’ang National Liberation Army (TNLA) urges the Tatmadaw to immediately cease offensive operations against all of Myanmar’s ethnic armed groups.

The Northern Alliance’s fourth member, the Kachin Independence Army, was not a signatory to the January 1 ceasefire extension.

The statement’s signatories also warned that they would defend themselves by “joining hands with the people” if the Tatmadaw were to conduct offensive operations against them during the unilateral ceasefire’s term.

The announcement marks the second extension that the three members of the Northern Alliance have made to a unilateral ceasefire first declared on September 9. The first extension of that ceasefire was made on September 20 and was nominally in place through the end of 2019.

That extension coincided with the end of a unilateral ceasefire declared by the Tatmadaw on December 21, 2018, and extended three times last year. The Tatmadaw’s ceasefire expired on September 21, 2019, but did not apply to Arakan State, where conflict between its troops and the Arakan Army persisted through much of last year. Fighting between some ethnic armed groups and the Tatmadaw was also reported in parts of the country where the latter’s ceasefire was ostensibly in place.

Political analyst U Maung Maung Soe said: “Both sides have declared unilateral ceasefires, but it is not effective in reality. They should come to the table to talk about troop deployments and ceasefires, if they want to see effective results.”

The January 1 statement also called on the Tatmadaw to show its desire to reach a peace accord with the three groups, none of which is signatory to the Nationwide Ceasefire Agreement (NCA) with the government that has been signed by 10 non-state armed groups and the government.

Ma Cho Cho Win, who was displaced by conflict from her home in Rathedaung Township and has taken shelter in the Arakan State capital Sittwe, said she would like to see the quickest possible end to the hostilities that have plagued western Myanmar for more than a year, killing civilians and in other ways bringing hardship to lives and livelihoods.

“I want our region to be peaceful. We want to go about our business peacefully. Now, children are in trouble, as they have to flee from their homes. Meanwhile, elders could not run and are staying at their homes, hoping for safety,” she said.

As clashes have flared over the past year between the Tatmadaw and the AA in Arakan State, the collateral damage has included more than 100 civilians killed and some 200 wounded, according to state MPs and civil society organizations.