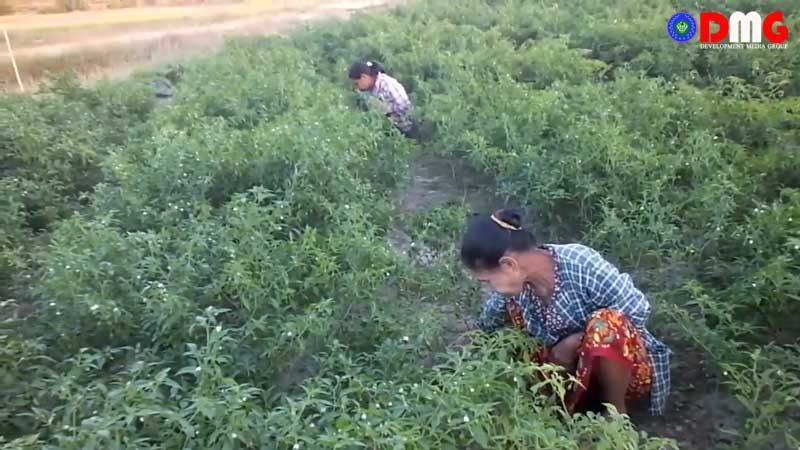 Farmers who grow winter vegetables in Maungdaw Township, northern Arakan State, say they are losing money because they don’t have any government support and labor costs have increased.

In previous years the farmers received fertilizer, pesticide and seeds from the government and other organizations, but this year they haven’t received any support so their expenses are now higher than their income, said farmer U Than Shwe from Thayar Kone village in Maungdaw Township.

Because many Muslims from Maungdaw fled to Bangladesh after terrorist attacks and subsequent, brutal security crackdowns in 2016 and 2017, the region is now experiencing a shortage of labor that is affecting the farmers, who are faced with higher labor costs as a result.

Vegetable farmers say they are also struggling to get their crops enough water this winter growing season.